The Kafkaesqueness of Faceless Silicon Valley 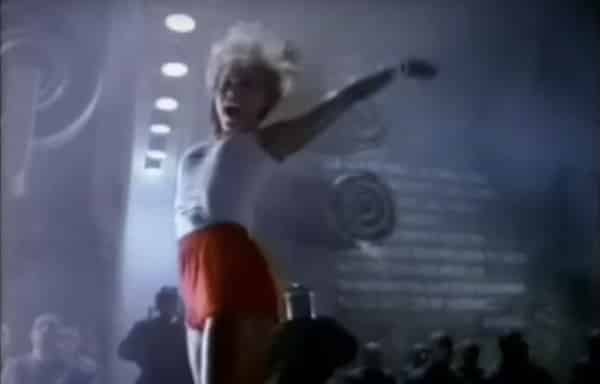 It is often safer to be in chains than to be free. Evil is whatever distracts.

To see chains, often it takes an accident. Just like deep sea fish are not aware of water until perhaps by accident they greet the air and then through curiosity explore the earth to become what we are, so too far too often we do not see the water within Silicon Valley environments until by some accident we greet the air.

The problems of Google, Reddit, Facebook, are well known. Twitter did not quite have many of those problems because they tried to learn and perhaps because they were not big enough to act like an arrogant monopoly.

The recent redesign marks Twitter’s fall to the pavlovian ideology that is becoming grotesquely pervasive in the faceless Silicon Valley which thinks bots rule and not man.

If there’s a problem with your bank account, or your car, or any service, you can just pick up the phone and usually you get it sorted in minutes or at least know where things are.

Their excuse is the volumes of enquiries would be too big, unlike banks or plenty of other services which get huge volumes and address them through the incredible invention of call centers, so their conclusion is let’s not address any of them.

It is a “free” service afterall. They claim they owe us nothing. Yet when you accidentally breath the air, you can see just how much they owe.

Our Produce, Their Rules

Before Twitter came there were feeds. There still are, but there were too. Feeds which anyone could set up and can set up, with the publisher needing do nothing.

When Twitter came, everyone became a publisher of sorts, with their own “feeds.” PR guys now shout at journalists or media outlets with their invested voice granted an equal podium to that of independent reporters.

We built this city and perhaps foolishly because we did not know, nor think of just what it means to give away autonomy to a totally controlling faceless pavlovian platform.

Let’s take an easy example. Trustnodes, which has been presumably accidentally suspended from Twitter for the past few days, has just above 4,000 followers there.

We built these followers slowly and gradually in an organic manner without employing tactics like buying followers or likes and retweets in part because our quality content speaks for itself and in part because we subtly wanted to let all know what a genuine account looks like and what an account that might be engaging in the dark arts of marketing looks like.

These 4,000 individuals have now been denied access to Trustnodes’ content, and presuming they are not subscribed in any other way, many of them might not even be aware that Trustnodes has suddenly gone as they might be distracted by plenty of other “feeds” which Twitter presents to them in an editorialized manner by deciding – usually automatically, but also perhaps manually – just which tweet should be shown first on the “home” tab, the first screen that’s seen.

Feeds we say because we used Twitter pretty much as a feed, so posting article title and link after publishing without much further engagement save for in very rare circumstances.

We know of at least one person who was content with traditional RSS feeds, but decided to move to Twitter as many outlets use it like a feed with Twitter so now gaining a considerable audience which discusses and reacts.

Presuming we decide to no longer use Twitter, would this person go back to RSS? We know the answer, and it’s a yes.

Had we not used Twitter at all, would these 4,000 followers have been mail-list or RSS or whatever else subscribers, our audience over which we decide whether they have access to our content or otherwise, instead of having some faceless pavlovian monstrosity make such decision?

That we made Twitter and Facebook is obvious, as well as Reddit and Google. Yet whether we would have bootstrapped without either of them is not obvious.

These four are the main digital town squares and they’re very different in both what they do and in how they are responding to a public backlash over their monopoly like status, a backlash that began among coders around five years ago.

All four have been extremely successful at utilizing the same pavlovian ideology which condenses to: the more distraction and addiction, the better.

And quite crucially, all four produce almost no content by themselves and all four almost completely depend on primary media outlets like Trustnodes and like many others of its kind.

For Google is just a feed. As is Facebook, as is Reddit, as is Twitter. Instead of coming to Trustnodes’ frontpage, for example, people go to Twitter knowing Trustnodes will let them know of the latest article.

Or they go to Reddit for the more “top” news as curated by the moderators on Reddit who often are unpaid ordinary men or women and where it matters are most likely paid PR men or women.

Or they go to Google if they have a specific question in mind – answered by outlets like Trustnodes in most cases – or if they just want the news without commentary.

All four of course also have on the podium ordinary people, PR men, and the like, but far too often they are just noise, just a distraction, just addictive time wasters.

In numerous instances that is not quite the case. That’s primarily when ordinary people become temporary reporters. That’s what gives these platforms the “town square” quality, and is what has raised them to now mighty giants.

At an individual level without a microphone, you might like the microphone these four town squares give you. As an outlet engaged in serious journalism however, including reporting on things neither of these four platforms might like, the question of whether you are giving away your microphone instead of gaining one is a very big question.

Twitter is only 10% of our traffic, so the presumably accidental suspension is not a big reason for concern, but it is a reason for considering just what are we feeding.

Looked holistically, we’ve basically given some of our audience to Twitter and Twitter has the power to cut off that audience whenever it wants.

If they wanted to cut it off intentionally, they’d presumably need some sort of excuse for whatever reason and if people complain they can just say it’s their private property, so their rules.

You’d then need to engage in de-pavlovianism, in getting the fish to see there is air. As the theory goes we came from fish, then that is possible, but not without some inconvenience.

There’s always of course the option of storming Twitter, and Google, and Facebook, and Reddit, to see what their algorithms are hiding in those deep Swiss bunkers, but storming in the digital age is as easy as choosing or building different town squares.

Making this perhaps the beginning of the downfall of the tech giants who most media companies now probably see as competitors and leeches, stealing content without a percentage share of profits even though the vast majority of content there comes from media outlets that produce it.

There is also the giving everyone a microphone aspect, which is valuable and the key reason for the use of these platforms, but due to network effects, that aspect has monopoly tendencies which makes capitalistic competition difficult and perhaps not quite possible to a sufficient extent where the fundamental right of free speech is concerned.

You can’t easily get Trump to move to a new platform, for example. That fact alone gives Twitter a monopoly of sorts, a monopoly granted by an elected politician even though he most likely never considered it in such terms.

Never considered it because these things are so new, we don’t necessarily know the effects until after the event, yet considering the massive microphone Trump gets from Twitter, is that not a conflict of interest in regards to any potential legislative ground rules regarding Twitter’s behavior?

Things like you can’t censor media accounts without an extremely good reason, and if it is by accident you have to pay compensation. Or things like this and that is outside your pavlovian machination. Or you can’t experiment on live users in this way or that way. Etc.

Ultimately however the best antidote is the awareness of just what we have built, how it is affecting us, and just what we are feeding.

These platforms have no real product. The users are the product, with media outlets being kind of the premium product of these platforms.

So to avoid a Kafkaesque environment you just have to bear in mind that your audience on Twitter is not yours, that if you must feed it, do so while knowing the monster might bite the hand that feeds without much care of that hand at all.