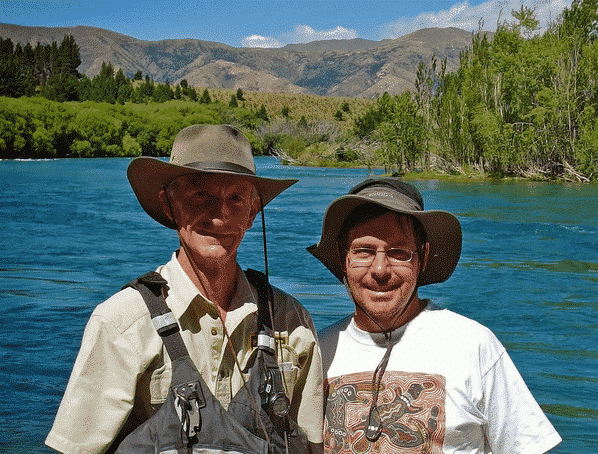 Gavin Andresen (pictured on the right), one of the earliest bitcoin developer and one of very few who communicated by email with Satoshi Nakamoto, bitcoin’s inventor, appears to now be focusing primarily on ethereum’s ecosystem.

“What is better than ‘be your own bank’? Be everybody’s bank. I’ve been pleasantly surprised at the ease of use of Coinbase Wallet + Compound + Uniswap,” he said back in September 2019.

When Taylor Monahan, the well connected founder of the MyCrypto ethereum and tokens wallet, wondered what’s the best place to park eth for returns with low overhead, Andresen said:

“If you can afford to lose it, my advice would be ‘sell shovels to the gold miners’ — be a liquidity provider for Uniswap.”

This apparent gradual transition from bitcoin to ethereum semi-announced itself as the new year opened, with Andresen stating:

I dunno what I will find interesting in 2020, but it will probably be built on Ethereum.”

“Cryptokitties surprised me,” he said. “I wouldn’t have predicted people would pay so much for digital collectibles. It made me think, which is why it is interesting to me.”

“PoolTogether is interesting to me for a different reason— it is a great example of ethereum as a platform for composable, interoperable smart contracts.”

PoolTogether is a lottery where you can’t lose whereby the eth payed for the ticket is lent out on the Compound dapp with the interest earned being the winnings for one of those tickets, while all other tickets get the eth back.

The whole process is automated and shows one of the key value of the world computer, namely that you can automatically incorporate the code of other smart contracts and can use their services without needing any permission or licenses etc.

The real apparent debut of this Andresen pivot however might be a recent public statement he made on ethereum’s new privacy dapp called Tornado.

Tornado is a bit more advanced as unlike Aztec linked above, it hides who is transacting in addition to amounts sent and received according to Roman Semenov, a Tornado dev who describes himself as working on zkSNARKs and the Plasma implementation for Ethereum.

Semenov appeared to be a bit busy so we couldn’t get an under the hood distillation of how this is meant to work exactly, but from their open source code they appear to be utilizing Merkle Trees to keep account in addition to Zero-Knowledge Succinct Non-Interactive Argument of Knowledge, (ZkSNARKs).

Andresen bothered to point out that the amount which goes in and out of this smart contract could potentially be an identifier of your blockchain address, and thus could be a way of de-anonymising users of this privacy focused dapp.

His solution is to withdraw first to an unused address, and then send it to wherever you wish to send it, with that sounding a bit like a one turtle up “solution.”

In fact, he is one of maybe a handful who can fulfill that HR requirement of 10 years blockchain experience for he was giving away five bitcoin for free to anyone automatically in the very first bitcoin faucet back in 2010.

Far more importantly, he might be one of very few who perhaps knows how to do sharding properly as he suggested such parallelization all the way back in ancient history where crypto time is concerned.

He used to work for Coinbase, which backs ethereum pretty much fully, so his involvement with eth is a significant development if indeed he is getting involved with eth.