Bitcoin ATM Shows Up in Milan 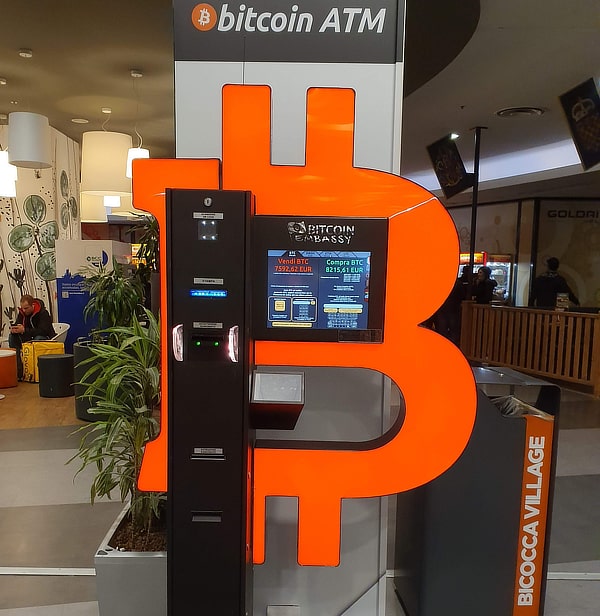 As can be seen above, this ATM is in Italian, the very first we have seen in that language.

That’s useful for people who might not have a bank account or people who want to maintain privacy with whoever took out this ATM clearly betting it will make profits.

The ATM is inside Bicocca Village, a shopping centre in Milan, offering Italians in their own language the opportunity to shop for bitcoin as well as shoes or handbags or food.

That’s because the manufacturers have translated everything, including scan QR code and get receipt (stampa) with economically unfree Italy now having the opportunity to be a bit more free.

Also in Italy is the above bitcoin bike which costs a cool circa €8,000 euros, or around ₿1.

It is also possible to pay in bitcoin says the highlighted bit in yellow, with this bike shown during one of Italy’s most important expo, the Motor Bike Expo in Verona.

So suggesting bitcoin is taking hold in Italy, a rich and beautiful country ruled by incompetent politicians and perhaps an incompetent civil service too.

They are ranked as less free economically than even Albania, with economic reforms seen no where in sight as they find it more convenient to blame Brussels rather than to focus on getting out of the “unfree” economic ranking.

Otherwise Italy is a very advanced country and there have been quite a few bitcoin conferences there, but even Spain has overtaken them economically.

So maybe techies will push through some efficiencies under the bitcoin banner, bringing with it blockchain tech, smart contracts, and much else.