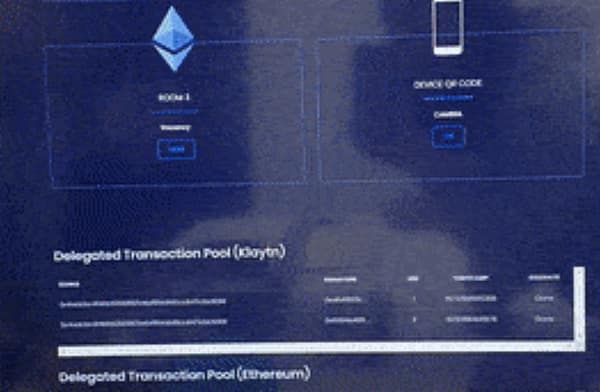 Ethereum developers have come up with a way to connect different blockchains in what they are calling an “interface standard for transaction transfers.”

“The process of verifying the address of a transaction sender by verifying a signed transaction in each wallet of an Ethereum-compatible chain with the same private key is the same,” they say, further adding:

“The process of executing smart contracts by delegating gas bills to relays using the signed meta-tx in the standard Ethereum wallet is the same on the Ethereum mainnet and the Ethereum-compatible chain.”

They’re using a centralized relayer in this case, the Klaytn Service Provider’s relayer, but anyone can act as a relayer of a signed message as long as they support both chains.

“Together with ChainID adoption/usage, this will make Ethereum pretty much ready to become a fully-functional multi-chain system,” says Mihailo Bjelic, an ethereum researcher.

Interestingly they single out above the Enterprise Ethereum Alliance which recently launched a testnet for their ethereum based private blockchain.

If that private blockchain and the public one can be connected, then ethereans would have done what bitcoiners couldn’t. Namely, they would have created trustless and decentralized sidechains which would go very far towards solving the scalability problem.

The above proposed solution of using a relayer is kind of similar to Polkadot’s system where too they use relayers to connect different “parachains” in their terms, but sort of sidechains in more familiar language.

Ethereans are seemingly incorporating that idea in their own blockchain, with one reason why it can do so and bitcoin can’t potentially being because eth is far more flexible.

To connect different blockchains you probably need to make some protocol changes on the base blockchain which in eth can be a fairly smooth process, while in bitcoin it might be quite difficult to make certain scalability related changes, like Drivechain for example which was kind of kicked out.

So eth is moving in that scaling direction through numerous methods, including here with relaying, while the only thing moving in bitcoin is Liquid.