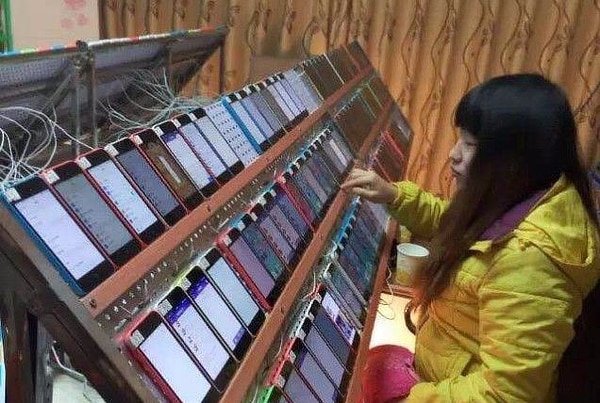 A moderator of one of Bitcoin Cash’s most prominent discussion space stated he has noticed a “huge uptick” in new accounts since a proposal was announced to fund devs through block rewards for six months.

“Over the past few days I too have noticed a huge uptick in these sorts of accounts (throwaways, unused, new or never before seen, etc) to try to sway the narrative,” BitcoinXio says.

That’s while the sub’s front page was covered with discussions on a proposal by miners to donate $6 million to developers by giving them 12.5% of each block for six months after the halvening.

Some BCH holders did not like the idea of orphaning blocks, but it appears this will be implemented as a hard fork through protocol changes.

In that case, there won’t be any orphaning as such, more of an upgrade which everyone has to opt into.

So suggesting the initial announcement lacked clarity and therefore may have led to some confusion, but it appears that’s because miners do not want to dictate how any of this is implemented, so seemingly leaving it to devs.

Likewise the suggestion that a Hong Kong company has to be established seems to be more of a tentative proposal.

“The corporation isn’t needed at all and is mostly a waste of time and money in my book,” says Roger Ver, one of the signatories of the initial announcement.

So it appears the only thing set here is the 12.5% of the block reward for six months which miners have agreed to give to devs.

Some are comparing that proposal to tech giants agreeing to give 12.5% of their profits to open source code.

Tech giants however have no incentive to do that and have a disincentive because they’d rather use such open source code for their own proprietary walled gardens.

So what happened instead was Red Hat was established which in the Linux community was as much disliked as Blockstream with Linux in the end not going very far except as packaged by proprietary services.

Miners on the other hand rely on BCH’s price for their profits with BCH being open source code created by developers.

Such developers need certain skill and expertise and during the 2017 boom some could command a salary as high as a million dollars per year.

Plenty therefore may think this $6 million is not enough as ethereum by comparison burns through that in three months, but it’s in BCH so it can increase in value just as it can fall in value.

One concern in regards to this proposal would be miners dictating development, but Amaury Sechet went against Bitmain in 2017 to proceed with the BCH chain-split.

In addition as this is from all miners, arguably neither of them can on their own dictate anything that isn’t beneficial. Nor can they dictate collectively unless it is beneficial as otherwise they can just be forked off by changing the Proof of Work algo.

If on their own they donate a substantial sum, however, then there could be some influence over development.

So it seems this proposal is the best of what those with most skin in the game have come up with to address a fairly big problem of funding open source development in a decentralized ecosystem while avoiding pitfalls and so balancing everyone’s interests.

It appears prominent BCH supporters all back it, but with any proposed change it is somewhat easy to create a narrative to paint it in whatever way you want.

Like calling it a tax. Now who exactly is being taxed isn’t clear, but some small miners aren’t happy presumably because who on earth wants to pay for anything.

If we entertain this tax idea, however, the one being taxed would be Calvin Ayre if he is still mining BCH, and maybe BTC miners.

That’s because the BCH supporting miners have agreed to this, and therefore is voluntary, and if it is voluntary then by definition it can’t be a tax.

The other color used is this centralizes things. Whether that’s the case or otherwise depends on the details. If a Hong Kong company is used, then it would probably be for legal reasons to classify it as a donation or as a gift for actual tax purposes.

In that case the company would be just a filler that shuffles the funds probably mostly to Bitcoin ABC as that has the most competent devs for now.

As all of these diverse parties have come to an agreement, as funding development is obviously a good thing, and as this is being paid by miners who strongly support BCH, just what is centralizing isn’t too clear.

The alternative would be taking 15% of the total supply from the get go, as ethereum did. BCH didn’t because when it split it wasn’t too clear whether the market would value that or BTC more. So nothing whatever was changed initially, including the then difficulty algorithm.

Another alternative could have been Sechet creating a company funded perhaps by these miners, but unless it was a non profit that may have given miners too much influence.

Not that they don’t have influence, of course, but miners want to deal with the mining business which is a very competitive and ruthless industry. They want to leave development to devs as they have done so far.

Meaning all this is probably just a storm in a tea cup of new accounts and maybe more established ones who don’t like the details for whatever reason.

For most however, their devs get $6 million to do cool stuff paid by others and not BCH hodlers, so what is there not to like save that $60 million would have been better.

Yet six million is not a very small amount either. BCH so far has received only circa $700,000 for the past 2.5 years.

Even with this meagre amount they managed to get out Schnorr signatures way before Blockstream’s BTC which is still waiting for them.

So BCH is back on the game, something no one likes except for BCH holders. Hence perhaps all these new accounts and all this “discussion” that often amounts to painting narratives rather than proposing actual solutions.