Police Shuts Down Bitcoin Mine Over Coronavirus 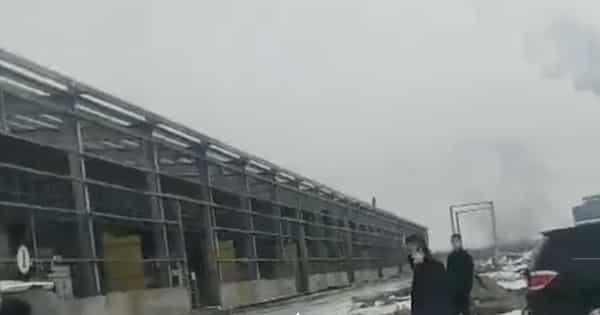 A huge bitcoin mine has been shut down in China in an attempt to contain the Coronavirus outbreak that has now reached 28,000 confirmed cases in China.

“Epidemic prevention in some places is already a mess. I have a mine in a remote suburb. The police came to force all the mining authorities and said that they would not resume work.

The problem is that we haven’t stopped work. Where did we return to work? Maintenance personnel have lived in the mine since the Spring Festival. There are no new arrivals.

It is understandable to take a regular temperature measurement, roll call, and strictly prohibit going out, but what are the benefits of stoping mining machinery for epidemic prevention?”

When Trustnodes spoke to some miners last month, they all said the mining farms were in remote regions therefore were not affected by the outbreak.

As infection numbers increase, however, it seems more and more measures are being taken to the point authorities there are now closing down remote mining farms, like the one pictured above.

Zhuoer said this is just one of many of his farms, but he appears concerned other premises might close too, stating:

“If we go on like this, most of the people (especially the laboring people in the front line) will have to die of poverty without suffering from the virus.”

In a brief video the premises are shown and some police cars, as well as a number of individuals outside who presumably are workers.

It’s not clear where exactly this factory is, with no industrial miners in Wuhan as far as we are aware.

Nor is it clear how much further this virus has to go, especially as it occurs during the seasonal flue as we reach mid winter.

Despite this closure and delays in new mining operations due to workers being told to stay at home, the bitcoin hashrate has increased as the price now nears $10,000.

That might be in part because a lot of mining now happens outside of China, with that trend potentially continuing.

A reduction in hash thus is kind of a gift to other miners as difficulty adjusts to make finding a bitcoin block easier.

So bitcoin’s operations are not quite affected by this action, but an estimated 65% of the hashrate is in China, with it potentially causing volatility in transaction processing times if this forced closure of mining farms continues.