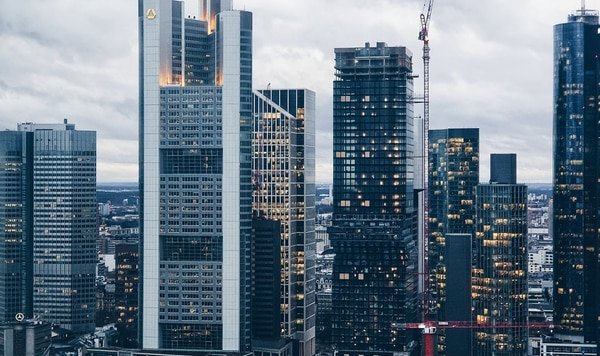 A recently passed law in Germany appears to have created a rush to market with a local paper stating 40 licensed banks have applied to offer crypto custody and services.

The Fifth European Money Laundering directive, which came into effect on the 1st of January, updates the law to include crypto services and in the process gives banks permission to treat bitcoin or ethereum as stocks or bonds and so offer likewise services.

This applies to tokens too as the law defines cryptos very broadly as “a digital representation of value that is not issued or guaranteed by a central bank or a public authority, is not necessarily attached to a legally established currency and does not possess a legal status of currency or money, but is accepted by natural or legal persons as a means of exchange and which can be transferred, stored and traded electronically.”

Meaning banks can now offer the buying and selling, as well as the storing, of bitcoin and ethereum or tokens like MKR just as they do for stocks and other assets.

“The high demand for crypto custody licenses shows that companies are increasingly adopting blockchain technology, but is also the result of the new legislation,” Frank Schäffler, a member of the German parliament, is quoted as stating.

Handelsblatt, which can be described as Germany’s FT or WSJ, cites government officials in reporting Bafin, Germany’s SEC or FCA, “has already received more than 40 expressions of interest from banks for permission to operate the crypto custody business in the future,” according to a rough translation.

They do not name the banks, but they say the aim is to make Germany a go to location for crypto.

With Brexit potentially meaning London financial services, and thus crypto services, will not have passporting and thus will need a second base in the continent, a race may well develop especially between Paris, Frankfurt, Amsterdam and Dublin.

As the ECB is based in Frankfurt, that could exert a gravitational pull for financial companies, with this new law giving it a push in that direction.

“We have almost a unique selling point that will help us bring the reputable providers to Germany,” the paper quotes government officials as saying after pointing out good financial market regulation can be a location factor.

The report cites Solarisbank as an applicant, with this being a Fintech company licensed as a bank.

They have founded Solaris Digital Assets. So if the application for a custody license is successful, they will store Bitcoin and other cryptos on behalf of customers.

“We have been dealing intensively with the topic of crypto custody for one and a half years,” said Michael Offermann, head of crypto banking at Solarisbank. “The new regulation in the new Money Laundering Act is a good time to start practically. After all, we are not a research institute, but a commercial bank.”

There are some private banks that offer crypto services targeted mainly at the wealthy, but we are not aware of any mainstream bank that does so.

Whether a German retail bank will be a world first remains to be seen, but Europe’s biggest economy is in a very good position to take advantage of the crypto financial and tech revolution.

That’s because Berlin can be described as the hackers capital of the world with Germany by itself having almost as many nodes as all of America.

That can be explained by Berlin in particular becoming a refuge for western semi dissenters, and “dissenting” coders in particular, due to it being a western liberal country that is very sensitive about privacy and is generally outside of America’s jurisdiction.

So they have the skills, and with London out, they might have a greater role in euro trading. Making it a foreseeable Fintech hotspot.

The third element is that Germany remains a manufacturing country with a significant industrial base. One of their biggest energy company, in fact, was one of the first to back ethereum.

The only downside is the lack of an English speaking language, but nowadays it is beginning to feel like regardless of where you are in northern Europe, English is almost a native language to many, especially in business and tech, in part because they seem to be teaching their schoolchildren from very early on.

You combine those three factors – coders hotspot, financial centre in Frankfurt (pictured above) and an industrial powerhouse – and you add crypto, blockchain, tokenization, and you get a potential real jurisdictional competitor to restrictive SEC.

“Digital assets will fundamentally change the financial market. As soon as it becomes easier to buy and store Bitcoin and Co., we expect strong growth,” said Offermann.