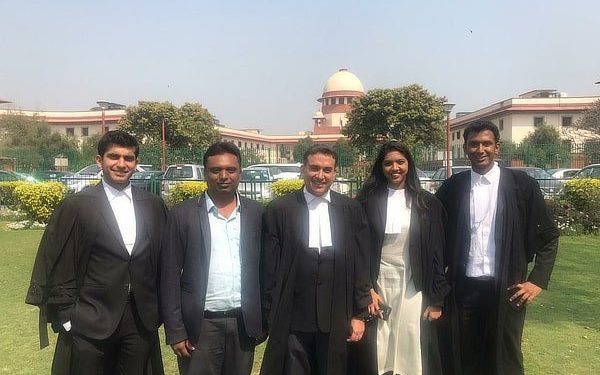 India is perhaps free afterall as a clash between central bankers and the elected ended in favor of the crypto industry.

The three judges of the Supreme Court of India have now struck down a diktat by India’s Central Bank that prohibited commercial banks from offering accounts to crypto exchanges.

The 180 pages long decision considered numerous aspects, including a brief history of the Reserve Bank of India (RBI), with the judges shooting down complaint after complaint, except one.

The central bank has the power to make such decision, they said, but the decision is disproportionate.

“The moment a person is deprived of the facility of operating a bank account,” the court said, “the lifeline of his trade or business is severed, resulting in the trade or business getting automatically shut down.

Hence, the burden of showing that larger public interest warranted such a serious restriction bordering on prohibition, is heavily on RBI…

The measure taken by RBI should pass the test of proportionality, since the impugned Circular has almost wiped the [virtual currency (VC)] exchanges out of the industrial map of the country, thereby infringing Article 19(1)(g)…

We cannot lose sight of three important aspects namely, (i) that RBI has not so far found, in the past 5 years or more, the activities of VC exchanges to have actually impacted adversely, the way the entities regulated by RBI function (ii) that the consistent stand taken by RBI up to and including in their reply dated 04-09-2019 is that RBI has not prohibited VCs in the country and (iii) that even the Inter-Ministerial Committee constituted on 02-11-2017, which initially recommended a specific legal framework including the introduction of a new law namely, Crypto-token Regulation Bill 2018, was of the opinion that a ban might be an extreme tool and that the same objectives can be achieved through regulatory measures…

When the consistent stand of RBI is that they have not banned VCs and when the Government of India is unable to take a call despite several committees coming up with several proposals including two draft bills, both of which advocated exactly opposite positions, it is not possible for us to hold that the impugned measure is proportionate.”

This is the first Supreme Court decision concerning cryptos in any country as far as we are aware, and it establishes numerous principles, including the fact the judiciary can actually review the decisions of the central bank.

In addition this decision emphasizes the need for authorities to take the least restrictive measure that serves the stated aim or purpose, to be proportional.

In this case the judges point out cryptos can be traded peer to peer in India, so restricting certain types of exchanges was disproportionate.

The judges concluded by stating their “appreciation for the skillful manner in which Shri Ashim Sood, learned Counsel, led the attack on the impugned Circular, but for which, the climax could not have had a nail biting finish.”

Sood (pictured, second from the right) argued back in August in court that there had to be some limits as the central bank could not just ban cheeseburgers for example because they maybe think cheeseburgers are not good for you or for whatever other reason.

It is parliament that should decide these matters, Sood said back then, but the judges stayed clear on that point, finding ground instead on the argument this diktat was disproportionate as other approaches could be taken, like requiring exchanges to implement AML and KYC procedures.

What happens now where exchanges are concerned is not clear but they should hopefully open with India free once more to join the global crypto movement in a convenient way as in almost all countries.