“Bitcoin is a Hedge Against Geopolitical Risk” Says Study 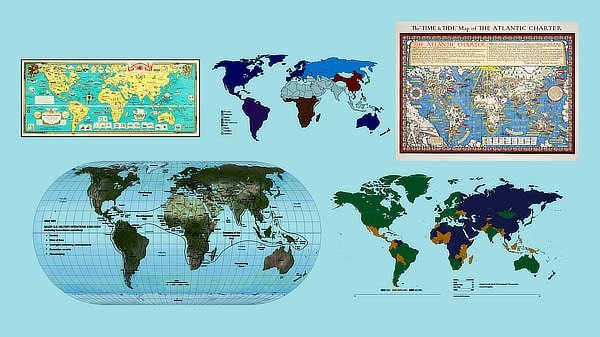 One of the first academic paper to study the relationship between geopolitical risk (GPR) and bitcoin’s price has concluded there is significant correlation.

They further conclude only bitcoin is correlated to the GPR index of Caldara and Iacoviello (2018), an index that reflects the level of geopolitical risk by counting geopolitical events as reported in leading newspapers from around the globe.

Five cryptos were studied, including bitcoin, litecoin, ethereum, xrp and stellar. ETH they say is the least correlated.

Conversely, Ethereum is the least jumpy cryptocurrency with only 38 jumps, representing 2.47% of days (Compared to Bitcoin and Litecoin, Ethereum data are limited to around four years and three months (i.e., 1,539 observations). Many jumps take place in 2016-2017.”

Our results are not surprising given the dominance of the Bitcoin market over the cryptocurrency market (around 60% of the total market share of all cryptocurrencies), and, importantly, the hedging and safe haven ability of Bitcoin against financial uncertainty (Bouri et al., 2017b) and economic uncertainty (Fang et al., 2019; Wu et al., 2019).

The fact that Bitcoin is dependent on the jumps in GPR points to the increasing importance of Bitcoin as a shelter and an alternative to the ineffectiveness of traditional economic and financial systems (Bouri et al., 2017b) in times of heightened geopolitical risk (Aysan et al., 2019) such as Brexit, Venezuela Sanctions, the salient US-Iranian conflict in the Middle East, and the US-China tensions.

Accordingly, investors tend to move to Bitcoin during periods of heightened geopolitical events.

This result also reflects potential effects of contagion between the safe-haven digital asset (Bitcoin) and GPR, which allows for traders in the Bitcoin market to predict jumps based on the occurrence of jumps in the GPR index.

Bitcoin’s clear and hard coded unchangeable monetary policy is probably one reason why it reflects more geopolitical risks than other cryptos.

Another reason may be that as the first crypto, bitcoin is more widely available across the globe, with BTC further being an entry point to other cryptos although perhaps less than it used to be.

The authors clearly point out bitcoin’s jumps due to GPR is probably because investors need an alternative during geopolitically risky times to “the ineffectiveness of traditional economic and financial systems.”

National money and banks today are one and the same in many places, so if there’s a geopolitical event it might affect the banking system or the supply of money.

Hence investors run to gold because that’s the most widely exchangeable asset outside of the banking system or outside of national money.

Bitcoin is easily exchangeable too and can even be used to pay for goods or services. Like gold, it too is outside of the banking system. Its monetary policy is fixed and certain, so it should be able to store value in a long enough time frame.

Making it basically gold, albeit gold is perhaps the oldest asset while bitcoin is the newest because the internet is fairly new too, therefore only now there can be digital gold.

Its digital nature has clear advantages over physical gold or IOU paper gold because, among many other things, you can store bitcoin by just memorizing the seed.

Finally because of its open and code based nature, bitcoin probably reacts more quickly than other assets due to its global nature where banana sellers can just trade on their laptop and villagers can trade at the computer of the smart local young man or at his exchange if there isn’t one in the country/local.