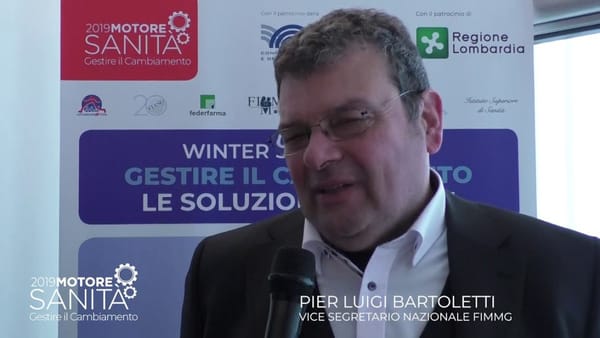 Doctors in Italy have finally began widely prescribing hydroxychloroquine in certain combinations in Rome and the wider region of Lazio with a population of around six million.

According to Corriere della Sera, a well known Italian daily newspaper, Dr. Pier Luigi Bartoletti, Deputy National Secretary of the Italian Federation of General Practitioners, explains that every single person with Covid-19 that has early signs, like a cough or a fever for example, is now being treated with the anti-malaria drug.

The drug “is already giving good results,” Bartoletti says while Malaysia reveals they have been using it since the very beginning. Bartoletti further adds that the drug:

“Must be used with all the necessary precautions, it must be evaluated patient by patient. It can have side effects. But those that take it are responding really well.

We have just understood that the virus has an evolution in two phases and that it is during the second phase, after a few days (about a week), that the situation can suddenly, in 24 or 48 hours, worsen and leads to respiratory failure requiring intensive care.

The results that we are starting to accumulate suggest that hydroxychloroquine administered early, gives the possibility of avoiding this evolution in a majority of patients and is also helping us to prevent hospitals from filling up.”

Incredible. What is more incredible are the statements of Professor Christian Perronne, Head of the Infectious Diseases Department at the Garches University Hospital, made in an interview with a French weekly magazine.

Referring to the European Discovery trial in which UK is taking part with only 800 patients, Perronne says:

“I refused to participate because this study provides for a group of severely ill patients who will only be treated symptomatically and will serve as control witnesses against four other groups who will receive antivirals. It is not ethically acceptable to me.

Finally, the protocol model chosen will not provide results for several weeks. Meanwhile, the epidemic is galloping. We are in a hurry, we are at war, we need quick assessments.”

America is to start yet another study which is to take one month even while one thousand people or more are dying worldwide today. In Italy however doctors are finally not waiting anymore with Perronne saying:

“Even though the overwhelming evidence from large randomized studies is still lacking, I am in favor of a broad prescription for the following reasons:

1. We have a large body of evidence showing that in vitro hydroxychloroquine blocks the virus. We also have several clinical results indicating that this product is beneficial if administered early and we have no mention that it harms or is dangerous in this infection (only one study, poorly detailed, Chinese, on 30 patients with control group, did not observe any benefits but also no harmful effects). What is the risk of administering chloroquine straight away: nothing!

2. This drug is very inexpensive 3. It is well tolerated in long-term treatment. Personally, I have successfully used it clinically in the chronic form of Lyme disease for 30 years at a dose of 200 mg or even 400 mg/day.

I and hundreds of other doctors are able to judge its excellent tolerance in humans. The main contraindications are severe retinal and unbalanced heart disease.

Cardiovascular events remain exceptional if care is taken: to proscribe self-medication – to check with the elderly taking a lot of drugs that there are no drug interactions (with long-term diuretics in particular) and that the rate of blood potassium is within the norm.

Apart from these precautions, the undesirable effects are minor. They are even more so as the treatment is short, which is the case against Covid-19.

It would therefore be wise to produce hydroxychloroquine in very large quantities without further delay, to make it easily accessible to infected people…

I note that Italy has just authorized the wide distribution of hydroxychloroquine on medical prescription from the start of the infection and that other countries are preparing to do the same. What are we waiting for? To have more dead?”

Incredibly the doctor says in regards to this European study for which we have to wait six weeks (and as a note all these quotes are from a rough translation):

“There will be nothing to hope from this study concerning hydroxychloroquine is administered too late. The protocol indicates that the product can be given only if the oxygen saturation of patients is less than 95%, that is to say patients with a massive oxygen supply or who must be put on artificial ventilation. This is not the right indication.”

As the doctor said above, treatment needs to be given early to stop the second phase from kicking in as that is what is causing hospitalization and in some cases even death.

Quite interestingly, now that they have began treatment, Corriere della Sera has just tweeted: “Contagions in decline in Lombardy.”