Reddit Falls in Rankings Amid Accusations of Subverting Democracy 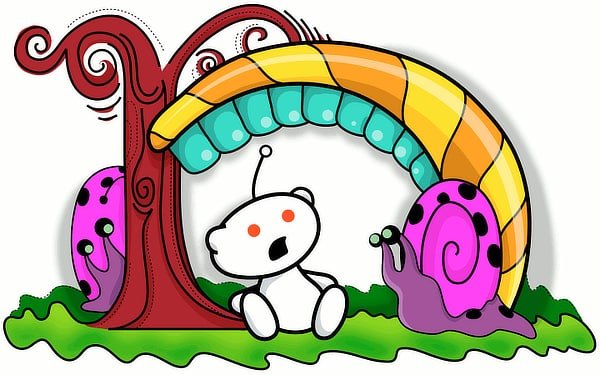 Reddit stands accused of sparking mass panic while engaging in censorship to facilitate potential foreign government led mass propaganda that may have fed into corporate media and then eventually into absolute pressure on the elected.

Numerous subs created in the wake of the pandemic utilize mass banning in addition to suspected bot farms engaging in mass downvoting in an attempt to control free speech and political discourse.

Downvoted western citizens on reddit are subjugated to a hidden method of censorship whereby time limits are applied to their ability to engage in free speech online with at most one comment allowed every ten minutes.

By silencing western citizens, the Tencent partially owned platform created a hive mind brainwashing echo chamber where only one narrative dominated without the ability of the informed to casually counteract it.

This uniform appearance of public opinion, albeit fake, most certainly influenced journalists due to the utilization of tactics that amount to basically terrifying the readers.

From there, corporate media took on the job in a most effective way through utilizing vivid images which fed on to numbing the brain of our citizens and political class to the point like scared puppies they just followed orders from Ferguson and Fauci, both of whom have stated they are in constant contact with their Chinese ‘colleagues.’

This most modern weapon of widespread subversion is made the more insidious by the complicity and even the facilitation of it on the part of Reddit and other online public squares who absolve themselves of any responsibility by claiming they are private entities and thus not subject to the constitution.

Through this deception they have allowed or have contributed to the martial lawing of Milan, to the quarantining of Chancellor Merkel, to the temporary absence from the scene of Putin, and to the total subjugation of Macron who tells his own people they must be locked for weeks more despite the clear evidence in front of us all.

Through this most modern weapon, they have convinced red blooded Austrians to impose Chinese masks on their faces in the most dehumanizing act in this Roman continent since Mongols raped Moscow.

The principle of private ownership and that of democracy is clashing ferociously as we stand witness to the subjugation of the west through the force of censorship that silences our own citizens to the privilege of potentially foreign government run bot armies.

It is imperative that our elected see this for what it is, an attempted subversion of democracy, and subjugation of the west, by exploiting their own weaknesses, by exploiting the loophole of private ownership and public censorship.

Reddit is a top 20 website, billions of pageviews a month. It has dropped in ranking, and from 18 to 19 it might not seem much, but such drop in ranking is the first time it has happened and at that level of top 20 we are talking a fall of tens of millions in views.

The reason for that is because by the day now everyone is realizing of how this partially Chinese owned website has manipulated overtly and covertly to the point it has corrupted public discourse and thus public governance.

Yet we have public governance for a reason and that reason is because it is the most effective coordinating way for our representatives to step in when there is egregious behavior or as in this case the utilization of censorship which leads to the wrong conclusion based on mistaken interpretation as genuine views those that are not only potentially fully fake, but are also curated in a way that allows that fakenes to not even be challenged.