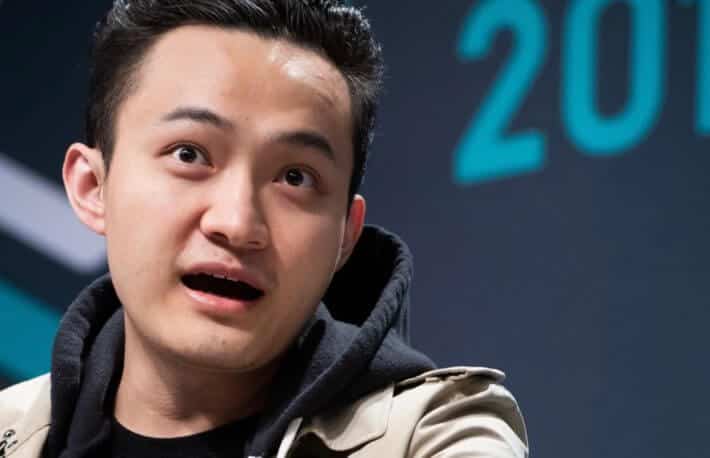 This is what war on the blockchain looks like and this is where the battles for future freedom are being fought today.

Upon hearing news Justin Sun had ‘acquired’ Steemit, this small but passionate community was up in arms last month, rising to freeze about 25 million worth of Steem tokens held by Steemit, the company behind the sami decentralized blockchain.

Justin Sun called that freezing attempt a ‘hack’ with Steemit itself saying it was “maliciously structured.”

Evidence was shown at the time that Justin Sun, who owns Poloniex, paid Huobi and Binance to use deposited steem tokens which led to the voting in of hand picked ‘delegates’ who prevented the freeze with steemians erupting in outrage on all social fora.

The story ended there as far as we were aware until today. A dev for Hive who also runs a project to incentivize quality content on the platform and goes by the name of Pharesim told Trustnodes:

“There were ideas to fork away from the ninja mine for a long time. When Justin appeared, a core group quickly got together and prepared for the worst case.

We still tried communicating with Justin, but started in the background, and it quickly became apparent to us during the talks that that was the right decision.”

That decision being to fork, and according to this dev it is a proper chain-split fork with 1 steem equaling 1 hive.

Likewise all the posts that were on steem are now on hive. “All that is text is on-chain and was just forked over,” Pharesim says. “Images were mirrored by the interfaces so they’re on their own infrastructure now.”

That explains why some images appear to not be showing, but looking at Pharesim’s account, we can go back months and years and see his posts that were previously and still are on steem.

That is interesting because this is a Delegated Proof of Stake (dPoS) blockchain where you vote with your tokens for 20 representatives or delegates who then have decision making powers.

We’ve seen two major forks in Proof of Work chains, but this is the very first time a notable chain-fork in dPoS happens with the steem part of the hive blockchain being 260 Gigabytes.

There’s also Dlive and much else, just as on the steem blockchain, with this Hive network and token launched just this month.

This is now worth about 5x more than steem in both price and market cap with Huobi having an airdrop of about $70,000 worth of hive tokens.

Why are they supporting you, we asked the dev. “Because they were fooled by Justin to help with the overtake, and it seems they believe in decentralization,” he says.

Whether that’s believable is for anyone’s judgment, but we too would have probably easily been fooled if we had seen only Sun’s version which could have easily led to it being dismissed as a minor story when the community version made it somewhat clear it was a fairly big deal.

Huobi, Binance and Poloniex are however being punished with about 100 million steem, or close to 1/3rd the supply, not ‘transferred’ over to hive.

“The chain was analyzed which accounts voted for Justin’s sockpuppet witnesses, and those stakes were excluded,” Pharesim said.

The rest is as usual. If you had one steem prior to the fork, you now have one steem and one hive, but “there will be a second airdrop soon, a few accounts were excluded by a mistake in the script. Then there will be an option for individuals to write an appeal.”

The dev fund is now in a DAO. Like the Slockit DAO where devs have to ask people to withdraw funds or more kind of a DAO just in name, we asked.

“They write a proposal post, set a time and a daily amount, and stakeholders vote. There is a so called ‘return proposal,’ which is the threshold to reach payout. Only proposals getting voted higher than that receive something,” Pharesim says.

So making this the first notable blockchain that has evolved to become fully decentralized at a social level since Nakamoto left nearly exactly a decade ago now.

That’s because Dan Larimer, who founded steem, left three years ago to focus on EOS which he probably has also left now.

The steemit team however clearly had much influence, but now they’ve been forked off too at least where ‘formal’ structures are concerned and this time, for the first time, the entire community appears to be moving to hive.

During the bitcoin and eth split, bitcoin and eth remained dominant. While here steem might becom more part of the early crypto history as an illustration of the first successful revolt.

Hive as you may know is a bit like Reddit, but on the blockchain. So it can’t be controlled as clearly has been shown above, and thus unless there is consensus to remove something, then it can’t be removed.

That makes it a community owned actual platform, unlike controlled corporate reddit which has become infested with censorship and mass bannings, at times of entire subs.

But as long as it can still fork, it appears that takeover is futile, so making it good enough where decentralization is concerned.