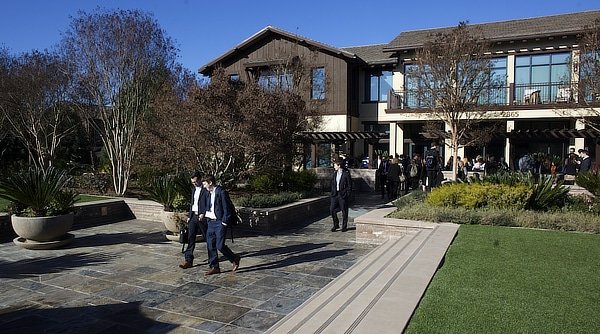 Andreessen Horowitz, one of the better known Silicon Valley Venture Capital firm, has raised $515 million, overshooting their target of $450 million.

“Payment blockchains are picking up where Bitcoin left off,” they say after adding:

“Transferring actual value quickly and cheaply without a third party, in much the same way we currently transfer data like emails or photos, will soon be technologically possible at scale.”

Just what is a payment blockchain is not clear with all blockchains usually having payment facilities as technically that’s the main point of them, but presumably they mean just blockchains that can scale to handle a significant amount of payments.

“Payment blockchains could end up doing to banks what email did to the post office and what VoIP services did to long-distance carriers,” they say with could being a big word there.

That’s because realistically if we’re talking normal day to day payments then you’d probably have in mind tokenized fiat which a wallet app can hold without needing a bank, but you’d probably need the bank for that fiat tokenization process unless we’re in a distant future where there may be algorithmic stablecoins or unless one has in mind DAI which could potentially be normi functional in the medium future.

For the near future however it is probably something like: Tether bank, coming soon to you with fractional reserve money printing and no need for bank bailouts because we are the central bank also.

What they mean by “modern store of value” is a lot more obvious. Bitcoin presumably, but also potentially other promising blockchains like eth which have held their value albeit not to the same extent as bitcoin. They say:

“Consumers, particularly digitally native users and those in places where the currency isn’t stable, want a modern store of value that is scarce, secure, durable, portable, and censorship-resistant.

Even those of us in stable economies are increasingly skeptical of the government’s ability to manage the money supply.

Gold has long played the role of a fiat substitute, but Bitcoin is a digital alternative that is gaining acceptance and adoption around the world.”

We do not know how much physical gold is being moved everyday, with it probably impossible to have the full figure as someone giving a gold bracelet or bar to someone is not going to report somewhere.

Above however we can see how much is being moved by digital gold, except for Monero which hides that information.

Bitcoin moved about $12 billion worth in the past 24 hours, leaving the rest in the dust. However how much actually changed ownership is more an estimate because bitcoin has change transactions whereby the whole amount ‘moves’ with say 1 BTC being the actual value transfer while 99BTC goes back to the owner through a ‘change transaction.’

That’s a significant amount of transfers outside of the banking system, with some probably used for international trade or ordinary payments but much is probably movement from and to exchanges while in eth some is movement in decentralized finance (DeFi). They say:

“One of the main forces that has driven the rise of open-source software is composability –– the ability to remix and recombine software components.

With programmable trust, scarcity, and value as new building blocks, DeFi opens the components of finance to the same recombination and experimentation that makes open-source software so powerful.”

Which is great but how exactly do you invest in DeFi besides buying the token if there is one? Well that’s simple. You get the team behind the dapp to incorporate an LTD which gives the VCs equity and a seat at the board and so through open stealth VCs take over the ‘decentralized’ space.

There has been a subtle backlash against this concentrating model which tends to corrupt new innovations with more entrepreneurs opting for ramen than what might seem like easy money which of course comes with huge strings.

Yet that decision of taking or not taking investment is a fairly difficult one and in some cases is inescapable because you may need upfront capital.

Something like a defi dapp business however is pretty much free to set up. All you need is to know some Solidity, you code it up, you tell the code to send to your ‘business’ address x% of transactions, and there you now have a potentially profitable activity with all that’s needed at this point being your time to just tell people about it.

Until Andreessen Horowitz et al learns about your cute new thing and funds a copy team that can spend on marketing like no tomorrow with the attempt probably failing because of first mover effects.

Nonetheless many dapps do have VCs behind them which usually has positive effects but they tend to be obsessed with moats and monopolies and walled gardens with the end result an internet controlled by a few giant corps that now censors for breakfast, an internet turned into this by these VCs.

“Don’t be evil” is replaced by “can’t be evil” on the blockchain they say, which needs a lot of qualifications especially where it concerns smart contracts as usually they have backdoors with plenty of instances where can’t be evil doesn’t apply but uniquely perhaps there are cases where it can apply.

You could for example tell the contract this key has control until date at which point it becomes like a pathway, something usable by anyone but not controlled by anyone.

You could still ‘own’ it however, even while not having control, because you can still leave in it the bit that says send x% to address.

Some kid then copy pastes it all and re-publishes it without that bit because at that stage it is a finished project and thus there’s no reason why anyone should prefer your code over your copied code.

Meaning there could potentially be organic anti-monopoly tendencies in the blockchain environment because you can try copyrights or whatever, but Satoshi Nakamoto is still anonymous and so ‘he’ can copy paste republish.

Making the dapp environment at a high level kind of a blend of, well communism and capitalism really where in a strange way we all own it all and there are no property rights while at the same time anyone is able to own any part of it and have ‘ownership’ over it as long as they can persuade comrades enough people that their intellectual labour or their managerial skills make their ‘taxed’ dapp better than the identical ‘communist’ one.

So the most difficult question for someone like Andreessen Horowitz is maybe more whether it is a safer bet to just invest that money in eth as ‘equity’ in the entire dapp eth ecosystem, or invest it in bitcoin again as equity on its value transfer system, or instead zoom in on different dapp teams with the end decision probably leading to a combination of the two.