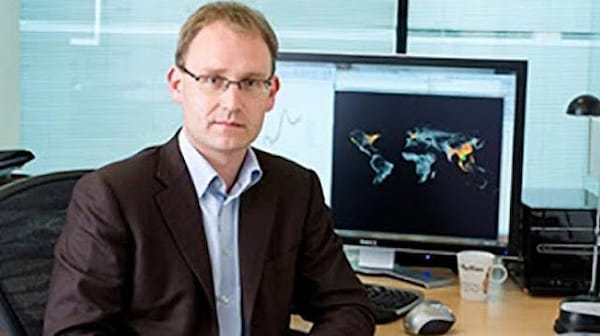 The 15,000 lines of code that have cost the global economy an estimated $20 trillion have been open sourced with coders dismayed.

“Billions of lives have been disrupted worldwide on the basis that the study produced by the logic contained in this codebase is accurate, and since there are no tests to show that, the findings of this study (and any others based on this codebase) are not a sound basis for public policy at this time.”

So says Justin Holmes, a coder since 2010, regarding the COVID-19 CovidSim microsimulation model developed by the MRC Centre for Global Infectious Disease Analysis hosted at Imperial College, London.

Neil Ferguson, who leads the MRC Centre, publicly tweeted on the 22nd of March that he wrote the code 13 years ago to model flu pandemics.

“I am happy to say that Microsoft and GitHub are working with Imperial JIDEA and MRC Outbreak to document, refactor and extend the code to allow others to use without the multiple days training it would currently require (and which we don’t have time to give),” he said.

One of those people helping to refactor and extend was John Carmack, a well known coder who on the 27th of April released this on Github, the platform for open source code.

“As a software engineer, I’m appalled at the quality of this code and the role its played in public policy. The deficits in testing and quality assurance need to be immediately spoken for to assure the claims made by its data are valid,” says a coder going by the name of Tux who seems to have been coding since 2011.

“In a time where faith in scientific models is more important than ever, it’s truly disheartening to see that such widely-used models are based on such faulty testing logic,” says a Software Engineer at Capital One.

Someone claiming to be a now retired senior software engineer at Google, who Carmack links to on twitter, says:

“What [this code is] doing is best described as ‘SimCity without the graphic’. It attempts to simulate households, schools, offices, people and their movements, etc. I won’t go further into the underlying assumptions, since that’s well explored elsewhere…

Due to bugs, the code can produce very different results given identical inputs. They routinely act as if this is unimportant.

This problem makes the code unusable for scientific purposes, given that a key part of the scientific method is the ability to replicate results. Without replication, the findings might not be real at all.”

Locked-down Britain has seen a far higher death rate per capita than non locked down Sweden, that’s despite a rate of 95% compliance in the United Kingdom.

“As of 8am yesterday, 39 per cent of NHS beds were empty – about four times above what’s normal for this time of year,” says Fraser Nelson.

“On at least two occasions, Antonia Staats, 38, travelled across London from her home in the south of the capital to spend time with the Government scientist, nicknamed Professor Lockdown,” reports the Telegraph as the reason for Ferguson’s recent resignation from the government scientific advisory body.

Such hypocrisy in not following the rules he himself set might be nothing compared to the finding of these coders that the model which locked down the United Kingdom and the United States is bug ridden and gives different results even when the same data is entered.

Just to clarify that latter bit fully, if you ask it to calculate 1+1 it says 5 and then when you try again it says 7, it might even say 100, presumably it does sometime even say 2, making it alchemy.

The British Prime Minister Boris Johnson is now to address the nation this Sunday in arguably the most important speech since Churchill as the Bank of England claims the United Kingdom is facing “its deepest recession in 300 years.”

We all thus will have to wait and see what Johnson says to the clear evidence coming out that these models were fully flawed.