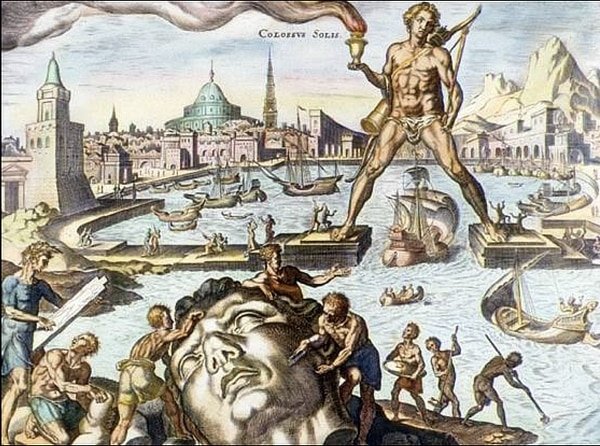 There’s a genius and no one knows who he is, with the focus so far being on eminent coders as potential candidates.

Yet for long there’s been a mini debate on whether the genius (or hardest) part of coming up with bitcoin was the conceptualization of its total design or the coding of that design.

We’ll escape that dilemma in the same way they do in much of social science to say it is probably a bit of both, meaning the design matters, at least as much as the code.

And the design is a story, told in code, and that story is primarily, if not fully, a German story.

Extremely effective almost total propaganda, from Hollywood movies, to music, to news networks, has created the impression that the American culture is the culture and only culture and best culture, the way.

That includes in the matter of money. The Chicago school of economics and other American schools have in a chorus presented one dogma for now decades.

Their prolific printing presses, and their prosperous economy, has supported and produced an endless army of a uniform class of economists that argue the debt system is the best and only system and there is no alternative.

The Mccarthyism like atmosphere in many halls of education in America, makes dissent, exploration of ideas, expression of opinion, or any divergence from the dogma, a great sin.

Thus for decades there was only one way the economy theoretically works or should work, until the 2008 banking collapse gave an opening to a great battle of ideas.

Under those memorials that greet much of the world with predictable and repetitive frequency, it is forgivable and it is easy to forget that the German culture is a great culture. Mozart, is all one needs to say to make that point.

Never occupied by Rome, or indeed any peoples, this land began what became the enlightenment. Gutenberg, Luther, and the indecipherable Immanuel Kant.

Its schools of economics are very different from the American schools. Debt in Germany is bad, not good. Money is an objective thing, not a political tool.

We leave the exploration of the German thinking and contribution on economics to the reader for our aim is not to adjudicate on these debates, but to simply state that Germany has a very different way of theorizing about economics.

And therefore one can argue the bitcoin inventor could not possibly be an American, but he could and probably is a German.

By German we don’t necessarily mean native German, or current geographical Germany, and we don’t mean he wasn’t born in America because he could well be.

It is easy to think that such code invention could not possibly be by any other than an American or Brit for they invented the computer, internet, and are most advanced in it.

Yet it is difficult to see why a Brit or American would not want to salvage the currently naturally flawed financial system, instead of embarking on a journey that rejects it.

Yet again almost all bitcoin coders are anglo saxons, and in another yet, they almost all rejected bitcoin when it was first presented both in the very small cypherpunk group and in the more ‘mainstream’ – although not quite so back in 2011 – Hacker News gathering of coders who pretty much unanimously dismissed bitcoin in 2011 after some hack of the then bitcoin exchange MT Gox.

It is however somewhat easy to think that we have forgotten about great Germany and its highly sophisticated culture that is quite different as well as very independent of the anglo-saxon way.

Berlin is the very epicenter of hackers, and by that we mean leet coders. A refuge, where even Snowden wanted to escape before he was stopped in Moscow.

That melting of generally pretty great minds for the past two decades makes Germany in a way kind of the modern day America, a land where this poem now perhaps best applies:

Not like the brazen giant of Greek fame,
With conquering limbs astride from land to land;
Here at our sea-washed, sunset gates shall stand
A mighty woman with a torch, whose flame
Is the imprisoned lightning, and her name
Mother of Exiles. From her beacon-hand
Glows world-wide welcome; her mild eyes command
The air-bridged harbor that twin cities frame.

“Keep, ancient lands, your storied pomp!” cries she
With silent lips. “Give me your tired, your poor,
Your huddled masses yearning to breathe free,
The wretched refuse of your teeming shore.
Send these, the homeless, tempest-tost to me,
I lift my lamp beside the golden door!”

High we lift you Germany, but not without reason. The Arab lands probably will be in debt for decades and maybe even centuries to come. The Slavoski for once maybe feel, albeit with some trepidation, that they could perhaps enjoy and enact these high principles of love your neighbour. The rest of Europe looks at the once again rising motherland and wonders if they can this time be a beacon of light. While America, its people, perhaps once more find comfort in being at home as a young teenage nation where they can shout but do know the parent is the parent.

Satoshi, a name probably taken by the cartoon character of Ash of the Pokemons. Speaks in British english, but not quite, presumably because he knew no real difference between British english and American english. To those outside those two countries, it’s just english.

Flawless english, because it’s in typing, pretty easy especially for someone from a country where they teach english from primary school, some schools. German GMX email.

Shy and privacy conscious as well as able to deflect state surveillance. A typical German then, or an American in Germany.

Presents in code pretty much the German school of monetary theory. With that code too showing the flaws of the American school of debt money.

In the process so claims sovereignty over global money. Declares in effect there is more than just America to the globe and to the world.

And then vanishes, knowing America is still supreme and hitting it head on as Wikileaks arguably did is or was a bit stupid.

And yet hit he has but not in a menacing way. More in a battles of ideas way, in a: there are many paths to a dead end, but only one to the light, way.

Of course Nakamoto and the whole German school could well be wrong. But that school at least now is, when it wasn’t, and ideas now are, when they weren’t.

History thus once more has began, and we once more are the ones writing it, not the dead men of the past, or the priests of the present, but the intellect of living men.