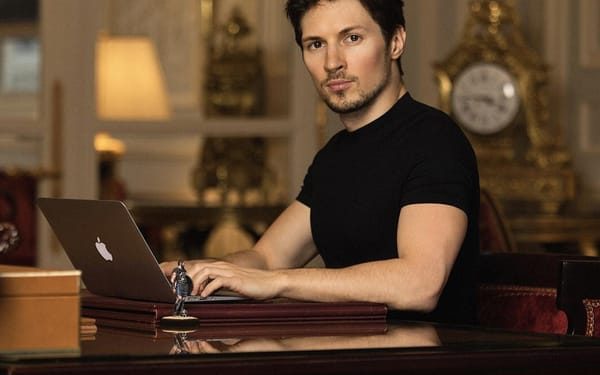 The Russian proxy is a new one, at least in general awareness, with Cointelegraph claiming an obfuscated IP address has been deciphered, revealing it to have belonged to a now defunct Russian proxy.

As some of you may know, bitcoin was bootstrapped by nodes initially ‘calling’ to this IP address that was ‘residing’ on IRC for the synchronizing early on.

Hence why this simplistically obfuscated IP address was included in the open source protocol code/comments itself.

So since it’s a proxy, it obviously doesn’t necessarily mean Nakamoto is Russian. His use of an English paper does not mean he is British either. Nor does his use of a German email address. But could it mean he is a man or men – maybe some women too – of no country. A global traveller? The Durov brothers?

Pavel Durov and the Genius

A 2016 report by The Moscow Times portrays a hacker Pavel, coding since youth. They say:

“While still in school, a young Pavel used his budding coding skills to hack the school’s computer network. He changed the welcoming screen… The school retaliated by cutting access to the network. But Pavel cracked the new passwords every time.”

Yet it is his brother, Nikolai Valeryevich Durov, who is described as a child prodigy and an actual genius, winning numerous Mathematical Olympiads and Informatics competitions.

The two founded VKontakte in 2006. That being Russia’s Facebook with now hundreds of millions of users.

That presumably would have made them very busy, with Satoshi Nakamoto believed to have began working on bitcoin in 2007, a time when the brothers perhaps were consumed by VKontakte.

Yet just how much time Nikolai would have spent coding on VK is not too clear. Time analysis for example shows Nakamoto coded in bursts. There were long period of no activity at all, leading to speculation maybe he was a student at the time cramming for exams. Yet of course it could have also been because he was busy coding another project.

From 2006 to 2011 the Durov brothers enjoyed a quiet time, busy building what would become a billion dollars social network, and maybe on the side the hundreds of billions bitcoin movement.

They certainly have the coding skills, and Pavel seems to fit the profile with him described as a libertarian or even an ancap.

In late 2010, Nakamoto – or at least the nickname – left. Soon after, trouble began for the Durov brothers.

“Until 2012, Pavel Durov avoided becoming a public person. He did not join any IT conferences, did not appear on TV, and it was impossible to find an interview or any video with him. Things changed on January 24, 2012, when Durov attended the Digital Life Design conference in Munich, Germany.”

So says a Russian Wikipedia. It changed perhaps not quite out of choice. Russia was at crossroads. Russians were to decide in an election in 2011 effectively whether to be closer and more friendly to the west, including whether to be a somewhat liberal, modern, democracy, or whether to be more conservative and somewhat cold towards the west and especially towards America.

That election was won by Vladimir Putin who still governs the country, but there were many videos and photos of alleged or perceived voter fraud, leading to protests against what they saw as rigged elections.

With VK by this point a huge public platform in Russia, that’s where most of the alleged evidence of voter fraud was shared, leading to the Russian government demanding the removal of seven allegedly protesting networks in VK.

Pavel refused, with that refusal instantly propelling him to fame, leading to him publishing a manifesto where he says:

“[Russia needs] to abolish taxes and restrictions on everything related to the information sphere. Russia should become the first major informational offshore to attract all the progressive people of the world. The 21st century is the century of free information.” He also says:

“[Russia needs to] allow the free circulation of gold and any electronic currencies 100% backed by gold. Russia should become fertile ground for reliable and free means of calculation. National currencies of the past – a tool for robbing the population through emissions and inflation. The 21st century is the century of free non-state currencies.”

In 2014 VK was again under the spotlight of authorities. This time, because Ukrainian protesters were using it. Another refusal by Pavel led to a takeover of VK by Putin allies. The brothers sold their share, and left in exile with a small group of coders.

They now travel from country to country, apparently without a fixed abode. In the process Nikolai coded Telegram, Pavel gave the funding and its “ideology.”

That’s the latest shared photo by Pavel on Instagram showing at the time in 2018 he was in Dubai. His latest Twitter activity is from February 2020.

He bought some bitcoin all the way back in 2013, according to the Bitcoin Wiki. Those 2000 bitcoins are now worth $20 million, a fraction of his estimated $3 billion wealth.

They clearly have fine coding skills. They have the drive and ambition. They appear to also have a vision of, in their view, a far better world.

Durov’s manifesto definitely gives reason to think he could well be Satoshi Nakamoto, and where it comes to the people’s award, they definitely deserve it and we happingly give it.

But we don’t think they actually are Nakamoto, or could very realistically be, because the design of bitcoin reveals a very intuitive understanding of money and economics.

An understanding that must have derived from either experience or very extensive reading or both.

We chose that specific picture of Pavel for the featured image because it does seem to reveal quite a bit about him.

Maybe. Yet you’d expect Nakamoto to have some formal training in finance or economics, as well as deep knowledge of digital systems.

The brothers clearly have the latter. There is no suggestion they have much of the former, but mathematical expertise does traverse both.

So they could definitely be Nakamoto, at least honorarily given as a title and a people’s award to individuals of the highest achievement especially in computer science.

Like the Turing award but more ‘organic,’ less gildy and thus perhaps a more meaningful award for individuals who are driving the world forward as the tech revolution marches on.