Comments Off on “Go After Bitcoin” Trump Said Says Bolton 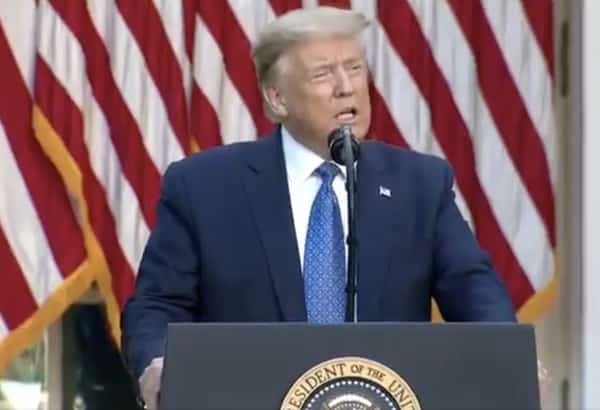 The United States president Donald Trump told the Treasury Secretary Steven Mnuchin to not busy himself with being a trade negotiator, but to “go after bitcoin.”

In the only expose regarding bitcoin behind closed doors in high halls, John Bolton, the Former Assistant to the President for National Security Affairs (NSA) revealed in a yet to be published book the above conversation.

“Don’t be a trade negotiator,” Trump told Mnuchin according to Bolton at a time when America and the United States were just starting their trade war and currency war.

Instead, Trump allegedly said “Go after Bitcoin [for fraud].” That was in May 2018, revealing the tone of this administration regarding this space has seemingly come from the very top.

Bitcoiners and ethereans have been suspecting since at least 2017 that the actions of some US regulators were purposely timed and designed to effectively give a slap to this space.

“No ETF, No ICOs, Is the SEC Ideologically Motivated Against Blockchain Innovation?” – we asked as far back as 2017.

We thought however this, what has now effectively been confirmed to be a policy decision, was coming from Jay Clayton, the chair of the Securities and Exchanges Commission (SEC).

Instead it appears it came from Trump himself, with Mnuchin then setting up some sort of financial council to look into cryptos, but nothing came out of it.

In 2019 then Trump shocked much of his base with publicly stating:

“I am not a fan of Bitcoin and other Cryptocurrencies, which are not money, and whose value is highly volatile and based on thin air. Unregulated Crypto Assets can facilitate unlawful behavior, including drug trade and other illegal activity…

We have only one real currency in the USA, and it is stronger than ever, both dependable and reliable. It is by far the most dominant currency anywhere in the World, and it will always stay that way. It is called the United States Dollar!”

That was excused and overlooked, with some thinking it had more to do with Libra than bitcoin, but after this Bolton expose, there can now be no reasonable doubt that the current US administration has a detrimental policy towards what many say is currently the most innovative space in tech.

The ball is now on Biden’s court. He has not yet said anything regarding this space, but he must have seen those recent protestors holding bitcoin signs and talking about bitcoin.

What he will say to them and to this space as the election season progresses, is yet to be seen, but this is generally an apolitical global industry that has created many jobs and much innovation, and is also a symbolic space regarding liberty and the like, so their stances on this tech may well reflect on what is thought to be a very close race.