Comments Off on Chances of a Bitcoin ETF Approval Skyrocket 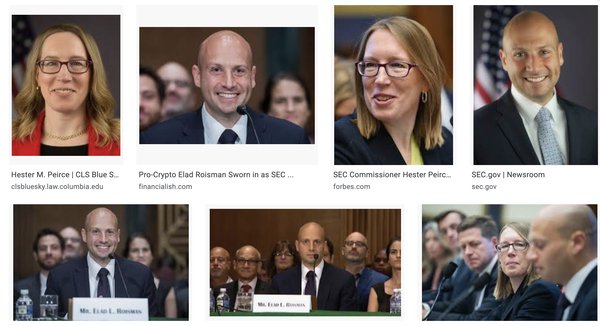 The Securities and Exchanges Commission is now down to just three individuals with the power to decide the fate of many economic actors following the exit of Jay Clayton which, as we’re dealing with bureaucracy, should take some weeks.

Queen Hester needs no elaboration. Her voting record shows she would definitely approve a bitcoin ETF.

Little is known about the newest commissioner Allison Herren Lee. She was the Democratic nomination, and on social issues she’s a typical democrat, but here we’re dealing with something new and not quite left or right because just recently for example a DAO was launched on ethereum which in traditional terms is more like a cooperative, a public or common ownership of property.

In an election year and in what is thought to be a very close race, these things matter. So since there is no voting record to clearly indicate either way for Lee, it’s not clear which way she would go.

The third commissioner Elad Roisman is a Republican, bringing SEC down to just three commissioners once Jay Clayton goes, two Republicans and one Democrat.

We have one vote out of three, with just one other vote necessary for the first bitcoin ETF in the United States. Will Roisman or Lee grant it?

While for Lee there isn’t much to go on, Roisman has written a speech that could have come from these pages on a slightly different, but related matter.

The Securities and Exchanges Commission has stringent restrictions and prohibitions on who can invest in what, which is why both ETFs and now ICOs require very expensive and years long approval processes by the SEC.

“I am one of five votes every time the SEC decides to bring charges against a company we determine has made any untrue statement of a material fact, violated Regulation D, or failed to restate its financial statements when required.

One might think I would be capable of understanding the risks of a private investment opportunity and recognize the information I would need to make an informed decision.

Yet, I am not an accredited investor—not now under the current rules and not even if the amendments are adopted as proposed.

More strikingly, many of the expert staff of the SEC who review, promulgate, and enforce our securities laws would not qualify (based on the income threshold) as an “accredited investor” and would still be deemed to require the protections of registration under the Securities Act of 1933.  Based on this outcome, I wonder whether we have missed the mark,” emphasis his.

That’s one thing you don’t quite have to wonder whether this law passed at a time when generally only the very rich could vote, has missed the mark.

The stupidity of it is shown by the fact you can go to Coinbase or one of many other exchanges and get bitcoins, or you can even mine it, but if you’re saving for retirement, you can’t have it in your investment portfolio as a diversifier.

You’re free to gamble as much as you want in casinos, but if you want to take a productive calculated risk to fund smart entrepreneurs, then you are prohibited by the force of the law.

The reason for that is obviously because this is not a law to protect investors, there are fraud laws and criminal laws for that, but a law to act as a gatekeeper.

Moreover, we have argued and continue to maintain that this law is the root cause of all that is currently wrong. The rising inequality, the centralization of power, the increasing monopolization of markets, the dull high streets with the same shops and the same products that makes town and city centers look identical.

Capitalism for Billionaires, Communism For the Rest

“The Commission established the $200,000 individual income and $1 million net worth threshold in 1982 and the $300,000 joint income threshold in 1988 and has not updated them since, with the exception of amending the net worth standard to exclude the value of the investor’s primary residence in 2011,” Roisman says.

That means in the 80s these investment prohibitions were far more draconian because even in the 90s you could buy a decent family home in London for just $20,000.

The value of money has significantly fallen since, but innovation takes time as we’re seeing in our own space with bitcoin for example still at about the dial up stage now a decade on.

Therefore the effects of these investment prohibitions are being felt more and more as time goes on because due to entropy, if you don’t move then you’re falling.

And that America is slightly falling can easily be seen by just having a look at its skyscrapers which are turning gray.

You combine inflation with a lack of dynamism and innovation, and you have regression because from roses come thorns and vice versa, meaning intelligence as practically applied with drive and the like, is somewhat randomly distributed due to environmental factors like the chance someone stumbles on a job he or she actually has a passion for doing.

If the very smartest at the bottom can not rise to even the middle, then things start decaying gradually, slowly, and even unnoticeably, until you look back.

Tech has been a sector where many of these legacy regimes have not practically applied, and we’ve all seen just how tech has changed the world and continues to do so.

SEC’s move to stifle crowdfunding in the 2010s, however, may well be one root cause of the current monopoly we see in many tech sectors.

Bitcoin’s innovative nature escaped those draconian prohibitions, but since early 2018, the Securities and Exchanges Commission has prohibited even Roisman from funding innovative, though speculative, ventures.

With the ousting of Clayton, that hopefully won’t be the case any longer as these things have to change through the political process because their overt injustice and oppressive nature is very clear to all.