Comments Off on Hester Peirce, The New SEC Crypto Queen For a Trump Win? 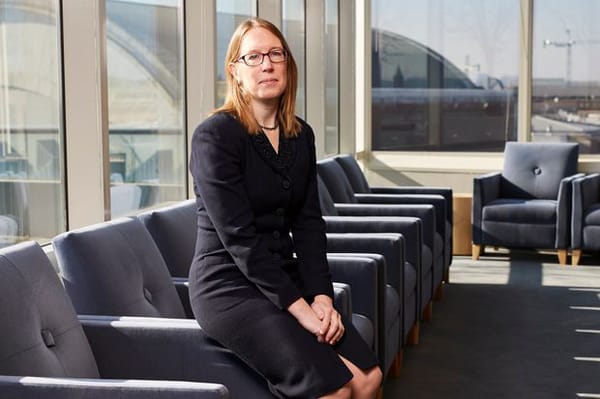 US President Donald Trump now faces the biggest decision where the US economy is concerned: who shall replace Jay Clayton as chair of the Securities and Exchanges Commission (SEC).

This previously somewhat obscure institution where the millennials are concerned, turns out to be the most powerful regulator in the United States and the world on the economy.

Under Jay Clayton, who just got kicked out, SEC has gone after Austrians in Austria. He has shut down many promising projects, and has created an atmosphere of fear with innovators scared to bring to market new cool things.

IPOs under Clayton’s leadership have fallen, company formations too, monopolies have increased their grip due to lack of competition, and all of it because of an extremely restrictive approach to capital formation.

That SEC desperately needs reform, no one can deny within this space and outside of it for American citizens should never again be told by their own servants “we won’t innovate for you.”

Hester Peirce is the one to do it, with her appointment as SEC chair being a great gift to the US economy because of her reform agenda and her attitude on the role of the bureaucracy on the economy.

Peirce For The Win

There are numerous problems with the century old law on capital formation and investors protection, the Securities Act 1933.

Its blanket attitude on capital formation has led the internet, which of course translates to American citizens, to fight against its many investment prohibitions for now decades.

It treats a $1.5 million public fundraising the same as a $1 billion Initial Public Offering (IPO). Requiring mountains of paperwork, upfront funding, an army of lawyers, and also months to years.

Hester Peirce on the other hand says SEC should not be in the business of handing permission slips.

She says the balance is very skewed towards investors protections, at a great expense to capital formation.

SEC of course should go after scammers, criminals and the like. No one here wants our own money stolen. But what did a decent food app with many users ever do to SEC? What did some ambitious tech team that wants to try and take on Google, and got funding from 10,000 people across the world, ever do to SEC?

“Technological progress should not be bound by the limits of the regulator’s lawyerly imagination,” Peirce has previously said.

She also said SEC has taken the role of “gatekeepers of innovation.” And she has also called for an approval of the bitcoin ETF, which is absolutely necessary in our view, and for two reasons.

First, Europe has many ETF like products on stock exchanges, and we all know Europe is a rule based society with fine laws, so why shouldn’t US.

Second and more importantly, the approval of paper futures which can be used to manipulate price, but the rejection of a bitcoin stock like product through an ETF to allow savers to diversify, is clearly an obvious hostile use of regulations.

On ICOs you’d think under Peirce there would be a broader approach towards general capital formation to facilitate different levels of requirements, like maybe none for sums under $10 million, then maybe a light touch for up to $100 million, and then when you get to a billion and above you can require the army of lawyers.

That would facilitate more innovation in this space but also all other spaces as it would open capital formation to all, returning in effect capitalism and a full private market.

Moreover these are not quite left or right issues, so there should be general broad support for much needed reforms at SEC which would probably last the current administration and whatever comes after it.

So Hester Peirce in our view would be an obvious choice for the new chair of the Securities and Exchanges Commission to facilitate a far more dynamic and innovative American economy under whichever administration.