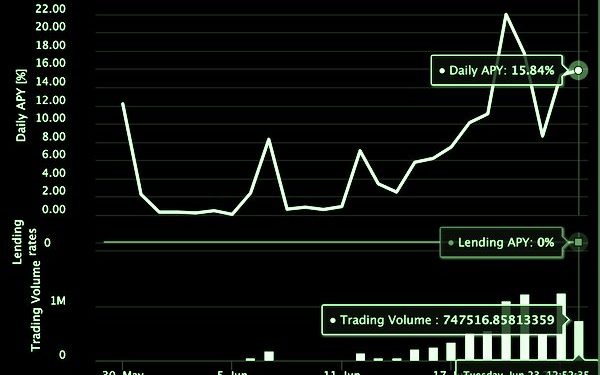 A weeks old dapp is by itself close to overtaking the Lightning Network in bitcoin deposited.

Combined with another months old dapp, the two now hold more than six times the amount of bitcoin deposited on bitcoin’s own Lightning Network (LN).

RenBTC, which went live just this month, has seen a significant jump in the amount of bitcoin deposited with it up and down as people go back and forth between the ethereum blockchain and the bitcoin blockchain, but currently it stands at about 730 BTC.

The bitcoin address of renBTC currently says they’ve received 300,000 bitcoins in total, but that’s most likely a glitch.

Maybe a peak from the future but in the present the Lightning Network (LN) currently holds just 950 bitcoin.

That’s two years on after it launched and four years on after bitcoiners promised the Lightning Network would solve all of bitcoin’s scalability problem.

Alas, they may have been right that some second layer can increase bitcoin’s capacity, but that second layer is starting to look more and more like ethereum than LN.

Due to contract based scaling methods on ethereum, most of which launched just weeks ago, tokens can have far more capacity to transact provided it happens within the same contract network.

That’s basically the same idea as LN, but innovation in eth through the use of zk-tech and other methods has made this contract based scaling a breeze in some cases where end users are concerned because you don’t require channels and liquidity provision and watchtowers.

You just deposit the eth and then the account keeping is done inside the contract with it eventually settled on-chain, condensing say 2,000 transactions into just one eth blockchain transaction.

Blockchain capacity however may be the least attraction of eth for bitcoiners who are moving more to play on decentralized financial dapps, defi.

As can be seen in the featured image, trading volumes are picking up there, with an experiment going on that could eventually disrupt even Wall Street.

That’s because borrowing and lending, asset management, and other financial activity, for bitcoin, eth or other tokens and assets, is being done without the involvement of any third parties except the code contract.

People therefore no longer need to give $100 billion in profits a year to just four banks, so potentially there could be more returns in this new financial system than in the old market as these billions are instead given to the users of the dapp through higher interest rates for lending or lower for borrowing.

Thus making the Lightning Network irrelevant. Moreover with the speed things are moving, that may be more of a last year story with some this year starting to wonder whether ethereum might begin making the bitcoin blockchain itself a lot less relevant to the crypto ecosystem.