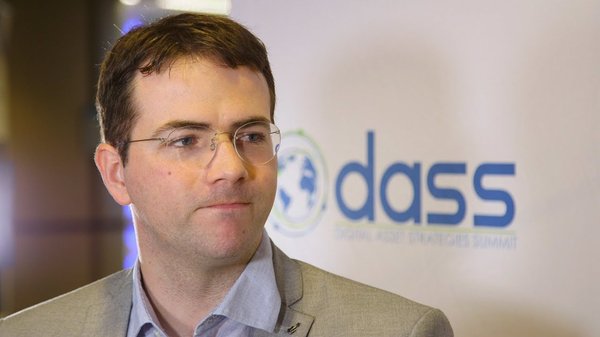 One of the biggest critic of ethereum has caved in, publicly announcing he is now buying eth after five years of bashing it.

“ETH/BTC technicals are looking bullish so I’m long. (I still think ETH has extremely problematic fundamentals),” said Tuur Demeester, a marketing guy of sorts that claims to be an economist and is known for horse blinkers support of Bitcoin Core.

He would have been kicked out of the ‘church’ even a year ago if he had said the same, but now he finds it fit to publicly announce this conversion to ethereumism.

That is probably because there appears to have been a significant shift in the attitude of bitcoin maxis as shown by Udi Wertheimer himself, who is kind of a marketing guy for Blockstream or works for them in some way or used to.

“Part of the Ethereum community 👉 @udiWertheimer,” says Joseph Delong, one of the chief priests of the now dying Bitcoin Core church.

To be fair, bitcoin maxis never had huge vitriol for ethereum, only some. They never missed an opportunity to bash it however, or to call it a scam.

But it all began to change probably when we introduced the then very nascent decentralized exchanges space that was just beginning to grow in ethereum in June 2018.

Decentralized exchanges have been a holy grail of sorts for bitcoiners since the very beginning, with blinkered bitcoiners around that time probably starting to look more and more at eth.

They’re coders, many of them, and so they probably began to see eth is a fine project at a coding level, and that there are things you can do on it which you can’t on bitcoin.

Yet some Blockstream developers we’ve spoken to, although more last year than this year, still tend to see just the letters ethereum themselves as some dirty word, but not all of them or anywhere near it.

Then there are some who more for public consumption claim ethereum has no unique point because apps don’t need censorship resistance.

They make that point far more convincingly than we’re re-telling it because obviously we think it’s nonsense as, just as an example, we’ve been raging against the discriminatory restrictions on capital formation of the Securities Act 1933 for now more than two years.

Barry Silbert, who some early ethereans blame for all things, has invested in Decentraland or did at some point, with that being an ethereum based tokenized virtual lands project.

He has probably also invested in plenty of other ethereum based projects, but this attitude change might also be because of the power and influence of the ethereum community.

When Vitalik Buterin boycotted Coindesk’s conference in May 2018 because of its then anti-eth bias, for example, the consensus of bitcoiners and everyone else was that conference turned out to be rubbish.

Then came MakerDAO’s Dai, and Augur, and you had these dex-es, and then Compound opens the field further, and Silicon Valley grandees start paying attention, and you have things like Synthetix – which is by anon devs if we’re not mistaken cus SEC – and you get Curves and Balancers and bots and pools and now the maxis capitulation.

Then there’s the narration. Bitcoin and eth are different fundamentally because of bitcoin’s fixed limit which eth can’t implement as credibly.

Bitcoin is kind of frozen really, and it does do some practices better like backwards compatibility through softforks, and it is generally more an asset for international trade and can continue to be so because you’ll always be able to just mine it yourself.

Eth has some of those qualities as well, but bitcoin takes on central bankers while eth takes on more commercial banks because its smart contracts are beginning to perform some of the basic functions of banking, like borrowing and lending, managing deposits (pools), facilitating capital formation, enabling trading venues, and much more.

So the two were never really existential competitors, something shown clearly by market actions over the past years, but complementary networks that may look similar on the surface and in many ways they are quite similar, but they also are very different.

Meaning as far as these pages are concerned we welcome these maxis as we fundamentally share the same goal: digitizing the financial system through the still very new invention of code.