Rochester Institute of Technology Invests in a Tokenized VC Fund 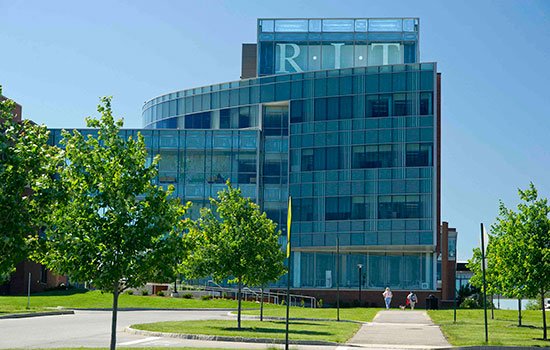 The Rochester Institute of Technology, a private university in New York with 19,000 students, has become the first of its kind to invest in a new tokenized fund.

This tokenized fund is a traditional Venture Capital (VC) fund, but with a twist in regards to how you can invest in it.

Usually if you are an accredited investor you can give some of your savings to a VC firm to invest it in startups to hopefully grow the invested capital.

The same is the case here, but they provide a Cosmos token as well which is backed by these invested funds.

The token can be sold and bought on a Securitize powered platform on their website by institutions, international investors, and US accredited investors, so making the VC investment a lot more liquid.

“What it does is open up venture capital to people who wouldn’t have been able to participate in investments previously,” said Connor Cantwell, one of the partners at Cosimo.

How much RIT invested exactly is not clear, but Robert Frasca, Managing Partner at Cosimo Ventures, says this is the first time that any university in the United States has directly invested in a tokenized venture fund.

Harvard, Yale, and MIT have made indirect investments into digital assets and blockchain technology through traditional venture funds such as Andreesen Horowitz and Paradigm, but RIT is the first to directly hold a tokenized economic interest in a digital security form, they say.

“As industry leaders, not only is it important for us to invest in businesses advancing cutting-edge technologies, but it is essential to adopt such technologies as a means by which we invest,” said James Watters, RIT’s senior vice president for finance and administration.

Cosimo invests in what they call “deeptech,” companies working in areas such as blockchain, cryptocurrencies, artificial intelligence, the Internet of Things, big data, and virtual and augmented reality.

“There is a multi-trillion-dollar growth opportunity in decentralized software protocols that we are aiming to capture,” Frasca said in a statement, adding:

“Once the market fully understands the benefits of tokenization as it relates to fund investing, a structure like ours might become the market standard.”

Cryptos reached a combined market cap of $800 billion at its height in December 2017, with it now standing at $270 billion following a two and a half years long bear market.

The rise of defi however and other dapps as well as continued progress towards addressing technological capacity constrains has returned some optimism and hope that cryptos might be turning a corner.

Whether that will be towards a multi-trillion market cap remains to be seen, but it wasn’t far from it even three years ago when tech and dapp wise, the crypto space was much smaller as significant progress since has led to very new innovations like flashloans.