Comments Off on Bitcoin, The New Anonymous Identity Platform For Twitter Hackers? 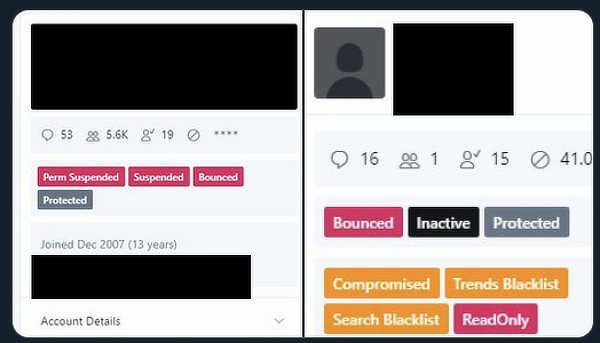 The biggest hack in years and by far the most public hack of them all has speculation swirling on who done it and more importantly, why?

Twitter has revealed access to their admin interface was gained through social engineering, a very broad term with actual details of what happened to follow in due course.

As an example Coinbase was almost hacked last year through the gradual gaining of trust of their employees through email exchanges by pretending one is some sort of business or academic official for some conference, all of it leading towards getting the employee to click on a link that then activated a 0-day Firefox exploit.

Coinbase managed to foil the attempt as the exchange goes an extra mile where security is concerned because it can mean the end of their business.

Twitter clearly failed with it unknown how the hack happened exactly, but it’s probably the same combination of an undetectable exploit due to it being new and then the smooth talking to get them to the exploit.

What is known is that it isn’t twitter accounts that were hacked, it is twitter itself that was hacked as shown by the above screenshot of their admin interface from Vice.

FBI is of course investigating and they say: “We are aware of today’s security incident involving several Twitter accounts belonging to high profile individuals. The accounts appear to have been compromised in order to perpetuate cryptocurrency fraud.”

If they were smart enough to get into Twitter HQ itself, you’d think they would have been able to figure out far better ways of perpetuating a crypto fraud and in a less detectable way where the assets themselves are concerned by far more subtle tweets like Obama saying he thinks bitcoin is a revolutionary technology and the future of money, or Kim Kardashian saying she loves bitcoin and is buying some right now because doge is cool.

Before that they could have longed on an exchange, or they could have moved stocks by getting FBI’s twitter account itself to say they opened an investigation into whatever stock, with this again being Twitter itself that was hacked. Not any account and therefore there’s nothing FBI could do to secure their account against this sort of hack.

Instead the hackers chose to send out what are now common spammy scammy two bitcoins for one Nigerian prince tweets which despite the vast publicity still no one has fallen for it with only $100,000 worth of btc sent to the address.

Therefore crypto fraud is the least likely theory considering they got even congressmen to speak about this, and all for $100,000?

No chance, with logically the biggest clue to anything perhaps being the question of why did they decide to reveal the hack?

The orchestrated identical tweets through numerous accounts most probably were through some sort of automated bot method as there’s little chance they could have sent them out manually in the time they did.

That suggests they had this level of access to Twitter HQ for some time, and then they decided to basically revoke their own access, and to in effect confess to the breach.

The confession was in the form of revealing a bitcoin address. Why? Well because now we all know whoever has the private key to this address was the hacker.

Well… on balance and within reasonable doubt depending on future behavior because technically there’s nothing preventing them from publishing someone else’s address.

Yet logic so being designed to help us deal with reality and fairly successfully, this bitcoin address does give the hacker a very high level of proof that they are indeed the hacker while at the same time not revealing their identity.

There will always be some level of doubt in the abstract, but if the hacker for example publishes some document and signs with a private key to say it is they that published it, then there would be little reasonable doubt in regards to the veracity of that document.

In effect they could be using bitcoin as a communication method, with it only recently found out hackers do actually use bitcoin to do just that, although in more petty or scriptkiddie settings of actual malware aimed more at grandmas.

Presuming this revelation of the hacking was to establish an identity, the question is for what purpose?

On one end is effectively blackmail, going up to any of these very famous people to say they have whatever data and therefore pay up or they publish it.

As these are very powerful people, that has its obvious total risks, and presuming it is not information that is in the public interest – petty things or just sillingly embarrassing things – then presumably no one would care except for the law enforcement which has to punish this sort of behavior.

Then on the other hand is the publication of information in the public interest, and here there can be plenty of possibilities.

Even in the screenshot above you can see Trends Blacklist or Search Blacklist. What is in that list?

If it is what you’d expect then, well if they found nothing then they probably would have just left instead of making a big hoopla about it.

But if there are revealing things in it, then an informed public is always a good thing as ultimately it’s the most effective defense to any manipulation.

Then there are direct messages which is the first thought for many, but as it is unclear just what they gained access to, it is currently unclear whether they could see the direct messages.

Some may say there would probably be nothing in the DMs anyway, but you’d be surprised just how little people think about hackers in their daily life especially if for the older generation for example or non techies, they don’t even know Twitter can read these DMs.

Then if they got access to basically the workspace, they might be able to get a good view of the company and maybe as good as if they were in the office themselves.

Following cries of censorship recently, they could also see who was banned or what tweet was deleted or curtained and for what real reason was such action taken.

If that gives a public worried about manipulation by tech companies a ‘harmless’ view of their inner workings, then obviously you’d expect enforcement action to be far softer, if any at all, and any investigation resources dedicated to it to be far lower, if any at all, than if it was petty criminal rubish.

Not least because these tech companies should actually reveal who for example is in these trends blacklist, how do they weigh what is shown on top, how do they demote, and not in general unrevealing words, but in ways that all can understand and judge or debate whether their choices do strike a balance or are nonsense.

And perhaps there even should be audits, like we have with publicly traded companies for finance, in regards to whether the code does do what they claim it does or otherwise.

Because in the absence of these safeguards, we would get very close to being ruled by corporations, that is very close to fascism, as they do have the power to order around even the President of the United States as we have seen recently with some of his tweets curtained.

The usual response is that you can move to another platform, but what platform is that right now, for example?

Twitter and other social media platforms affect the ordinary lives of many people and in ways they can do little about it. So learning whether they are complicit in manipulation or deluded in policy or far too naive or under undue influence, should be very beneficial for a healthy democracy.

Not least because they have acted like kings, and by this hack they are revealed as incompetent potential manipulators that have the power of going so far as even tweeting from Trump’s account, or anyone else’s, and in a non noticeable way unless the real account owner makes it known.

By that alone these hackers have done some public service, but of course whether they are Robin Hoods or petty woods, remains to be seen.