Comments Off on Dogecoin Will Overtake the Financial System Says Musk 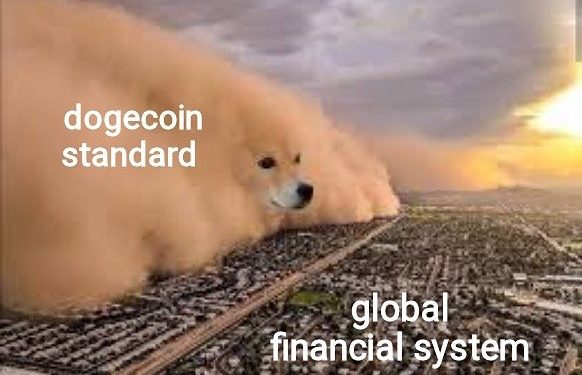 After twitter was hacked to get Obama and others to scam two bitcoin for one, and after Elon Musk’s twitter account was finally unfrozen, he first asked “will those who write the algorithms ever realize their negativity bias?”

And then he said “it’s inevitable” that the dogecoin standard will take the global financial system by storm as pictured above.

That green candle there is directly thanks to Musk, with the price maintaining the new level even as volumes fell back to normal.

So showing the power of Musk’s tweets with it unlikely he’d be able to do the same for bitcoin or for eth, unless he strikes some deal with Saudis to buy eth at $420, but the price of smaller coins may of course be affected by publicity.

The Shortsellers Enrichment Commission (SEC) would probably not have any jurisdiction here so maybe Musky should start a new line of business flippening doges?

Extra Extra! One doge is now worth two doge as SpaceX puts their logo on all rockets going to Mars. ‘Just in case,’ its founder Elon Musk was quoted as saying, ‘Just in case the martians love these happy creatures just as much as we do so as we probably don’t know their language, it will be the easiest way to communicate we come in peace.’

A representative from the dogecoin corporation was also quoted as saying ‘woof woof,’ with rumors going around that they also heard doge saying under his breath: ‘also, f the enrsihmen komishun.’

We received no response from SEC in regards to these rumors, but they probably would say: ‘dogs don’t speak erurrurmurm.’

This centuries behind institution has of course not yet learned that the space age is nowadays doing wonders, with the first freedom loving men and women now soon to embark their flight to what some see as the free land of Mars.