Bitcoin and Ethereum Are Worth $3 Trillion Says Ark Invest 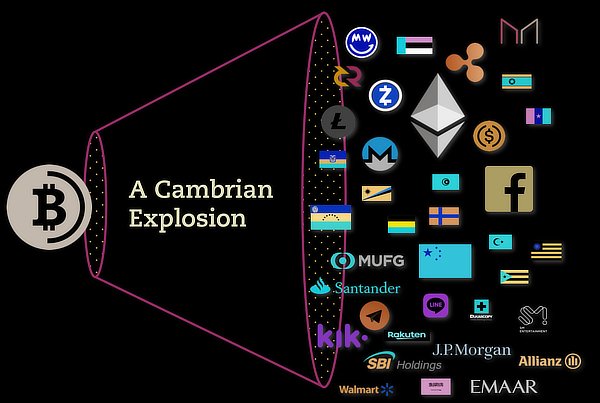 An investment manager and an investment advisor, Ark Invest, has stated bitcoin “will be measured in trillions, more than an order of magnitude higher than its $150 billion network value today [Jan 2020].”

In a report entitled big ideas, they have deep learning, electric vehicles, arial drones (and soon maybe water drones) and biotech alongside bitcoin as the next big thing for much potential investment upside.

“Before the creation of bitcoin, a non-government backed monetary system seemed neither feasible nor imaginable,” they say, arguing the invention of bitcoin has led to a Cambrian explosion.

Highlighting some of the qualities, they say bitcoin can be transferred and stored seamlessly, can not be diluted arbitrarily, it can’t be frozen or seized, the supply is auditable and the transactions are secure as well as immutable.

As such they estimate bitcoin can take 5% of what they call Currency Demonetization, stating:

“Bitcoin as a potential medium of exchange and catalyst for currency demonetization could evolve quickly in emerging markets.”

That gives it a market cap of $1.1 trillion to which is added digital gold at $800 billion based on a 15% market share.

Then another $1.3 trillion is added from 5% of High Net Worth Individuals (HNWI) who can use it to protect from asset seizure.

In combination that gives it a market cap of $3.2 trillion, or around $200,000 per coin, but a lot of these functions can also be performed by ethereum and to a far lesser extent other cryptos as well.

Just what the market will decide however remains to be seen, but investment advisors are clearly now telling their clients to put some money on bitcoin and eth primarily, but also potentially other baskets like the defi basket or the small crypto cap basket for the more adventurous ones.