Bitcoin Cash in Crisis on its Third Birthday

Comments Off on Bitcoin Cash in Crisis on its Third Birthday 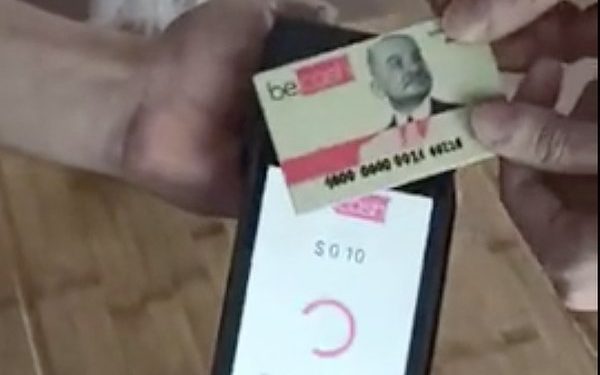 August 1st 2017 was not just a joyous day for many, but one that made many turn their heads.

After much debate over a tradeoff regarding capacity and potential long term technical constrains, new governance was showcased in action with a chain-split that created two networks, BTC and BCH.

‘Bitcoin Cash is bitcoin!’ – is how that will be remembered, with both BTC and BCH then rocketing to moon heights in the months that followed as the world looked and wondered: is this actually really decentralized?

Yes. It actually is, but not in a utopian way, not in some sort of embodiment of perfection, and not quite in an absolutist sense.

It is more a ‘boring’ form of decentralization, more a ‘human’ form, and so it comes with all that humans come.

Everyone is free to do what they wish, but that freedom is practically constrained by what we’d call objectivity. Others need to care about what you’re doing and like it or agree with it. Otherwise you’re not quite doing anything.

There were many other chain-split forks of bitcoin for example, but BCH had a reason and therefore BCH is still a top four coin, excluding the tokenized dollar, and if it didn’t have its own split, might be contending for top three.

There has never been an experiment of the sort we are experimenting, not in substance, but in form.

In substance, how to govern has a 2,500 year long history and logically you would think far longer for what came before ancient Greece has been lost and even the writings of ancient Greece were almost lost if it wasn’t for their preservation by the Islamic world.

A general structure has arisen, that applies whether in a dictatorship or democracy, where there’s generally some input, and usually or preferably some meritocratic input, with a degree of variance in quality regarding how much that input is heard in democratic setups versus dictatorial ones.

Then you have the general principle of making decisions at the most local level that logically they can be made, and then there’s a jury system and a judiciary with both independent in an attempt to get as close to objectivity as possible.

Within a crypto network, much of the above applies and the structure isn’t that much different, except the vast majority of matters are very technical and therefore the ‘meritocratic’ pool that can opine in a 51% manner is somewhat limited.

However, just as both democracies and dictatorships can be fragile, so too the decision making process within a crypto network can be fragile.

Size and the technical barrier makes it easy to create or ferment fragility even in cases where there’s no merit whatever to claims.

Yet merit needs a judge and a jury. The judge so being whoever gets or prevails in getting the code to the most used client, and if there’s two prominent ones then there’s a split depending on what the jury thinks.

The jury so being everyone, from those that buy and sell the assets, to exchanges that list it, to those that run the clients.

Fooling everyone is not very easy, but fooling some of them at least for some of the time, can be achieved. And thus some of the ‘jury’ can be misled, and so you have the fragility which in the physical world can lead to devastating events, while here it can lead to a chain split and thus to a dilution or even destruction of resources in its own way because arguments can be a very big time sink.

If substance is the same, form is different because code is cheap. Like books, creating a very good one is one of the most expensive products of nature, but creating that same book again and again, nowadays is pretty much free as you can just upload it online.

Here too code can be chopped, joined, erased, added, with the jury thus not offered only a or b after the two had a row, but also c or d which thinks they can do it better than both.

As such, while a network by itself can be centralized, all networks combined form a total and even a potentially utopian level of decentralization.

What a question for a pleasant Saturday afternoon that enjoys even a tiny little bit of festivity as it watches bitcoin about to take $12,000 and eth having already taken $360 and BCH now above $310.

Yet you go to BCH fora and it’s a bit like peaking into ancient history where you can see how the inhabitants once lived.

Offense we mean none to anyone, but there appears to be some part of some human natures that appears to like broken tape repeats.

The issue here apparently is whether there should be less coin production temporarily to keep block rewards more in line with the main mining network, BTC, or whether the smaller BCH network should keep production to the same 144 blocks a day as BTC, on average.

Why the devs can’t agree on this matter is of course the question. The difference apparently appears to be 0.6% a year, with the real difference being zero because it is 21 million coins and it is 21 million through the halving process which operates based on block numbers not on average times between blocks.

In each halving basically the block reward halves, and since bitcoin”s and BCH’s smallest unit is one sat, it can’t halve beyond that, so at that point block rewards effectively reach zero.

A new difficulty adjustment algorithm however wants to temporarily slightly increase block times to 11 minutes on average, presumably so that the 30,000 extra BCHs that have been mined are brought more in exact line with BTC’s supply and maybe so that moving forward miners don’t game BCH as much as they have.

A different camp argues that a slightly higher inflation rate for BCH should continue, with that potentially affecting the hashrate in the short term, but in the medium term it just means BCH halves quicker than BTC and therefore has a lower inflation rate quicker.

The difference thus is… well, there’s no difference. It’s like deciding whether we should put our comma here, or whether there shouldn’t be a comma at all.

Complete rocket science, and therefore it probably has nothing to do with the comma, but more with an apparent disrespect really to the coin holders who are now being burdened with making a decision on where this completely irrelevant comma should be.

And like those parties they are completely ignoring matters people actually care about presumably because some of them care about this comma matter and therefore this is what all should care about.

That comma is now turned into ‘vote for our party’ or ‘run our client,’ with reee towards the other ones that thinks there should be no comma or god forbid those heathens; for they think it should be a dot and a comma!!!!!

Yes, the muses have blessed us with making fun of some of our readers who complain about our gramma as well, we love you all, but the serious point being made is that although this is a very new space, it is not quite an alien space.

Dumb people exist. Idiots who, mostly unknowingly, want only to cause trouble are thankfully not that numerous. Skills in navigation tend to come with experience, but one can try and learn it quicker than the mere process of age.

It is why we write and why we code and why we talk and why ultimately we are the most cooperative species, whatever our faults.

It is a choice, negativity or positivity, at least some times. There are times when there is no choice, when one has to do what one has to do, but far, far more often, the broken tape attitude is the chief culprit.