Comments Off on Has Trump Silenced SEC? 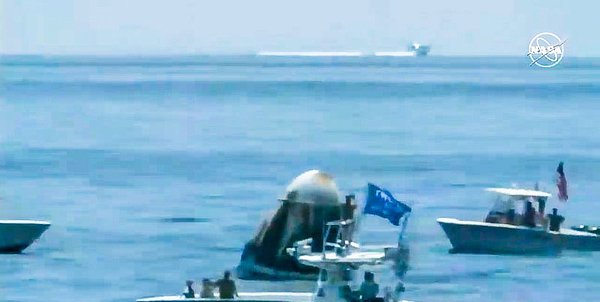 The Securities and Exchanges Commission (SEC) has been somewhat quiet recently.

They’re still going after harmless centralized apps in an attempt to enforce monopolies on stock trading, but they’ve stayed clear of even implied or subtle bullying of coders.

Is that under Trump’s orders, is our question, and can one declare a general understanding of sorts between this bureaucratic institution and the digital revolution where our space is concerned?

Some of this backoff from SEC may well be because where it concerns coders, the EFF would probably definitely get involved and they have the resources as well as the will to take the matter all the way to the Supreme Court to enforce the code is speech decision.

Yet after years of campaigning, seeing SEC’s chair Jay Clayton on his way out is also potentially a sign that Trump is listening.

Old grandpa of course probably has no clue what is going on in this space, but some in Silicon Valley probably do have his ear and he’s probably seen the reaction of some of his base to his bitcoin tweet.

Cryptos being a very diverse ecosystem, they’re somewhat outside of the left and right divide, and in these pages we try to be independents.

But in an election as close as this, it’s a very difficult decision, if we make one at all, as there appears to be little difference currently on substantial matters.

And where there are differences, it appears to be more of degree. Like should USA be Trumpy on China or a bit Bideny soft.

Meaning we have no view on many of these issues at least where the vote is concerned, but their approach towards this space can influence what way we lean, if at all, and thus that of many crypto investors or businesses who would be affected in their pocket.

It appears some very hastingly have reached a conclusion on how the vote will go, with China in particular seemingly already concluding greener pastures presumably with Biden after November, and even some in the British administration very very stupidly have made some comments which may offend some Americans.

He is also British, and very American, and has his style but on substance as we expected he has moderated some of the more rash rhetoric and has created an atmosphere where finally we can begin to see muslims as neutral or even friendly people once again following the ending of some wars there.

So when people judge the past four years, there will be many pluses and minuses and what the result will be remains to be seen.

Biden has his minuses too. He ruled one way or another for four decades and what he left to the world was the situation before 2016, a situation that led to a very British revolt against the establishment and therefore it isn’t clear at all whether the American people really want to go to the pre-2016 world.

In addition, his limitation for Vice President candidates to only women is an affront to the very civilized principle of meritocracy and can even be basis to sue for breaching discriminatory laws which do not say one can’t discriminate against women, but say gender discrimination is prohibited.

But these are somewhat small and even stupid matters, and very temporary gimmicks, which probably will have no effect at all on substantial matters, like unchaining the economy to be able to support the resources required to colonize Mars.

There, SEC plays a very big role and not just where this space is concerned. From SpaceX being private, to monopoly pharmaceutical companies capturing healthcare bureaucrats, to the slowdown in innovation in many areas outside tech, it is SEC that sits at the centre of it all, and therefore just how they approach it may well be what decides this election.

There’s the vote of course, but over pre-selected candidates, the celebrities on TV, who do make decisions and can influence things but that’s the end, not the beginning of how we are governed.

The real governance instead occurs at far, far, far lower levels. And this time this space can participate in that governance where its own interests are concerned.

With there being little difference between the two where American citizens holistically are concerned, the Crypto Valley can at least try to get what it wants by seeing what is Trump’s approach and what is that of Biden.

If Trump’s tweet was recent instead of now quite a bit old, the Crypto Valley could have easily gone to Biden’s people and could have asked them for things in return for their backing.

The bitcoin ETF, an own crypto regulator or the break up of the SEC or a hands off approach where the letter of the law is concerned instead of the spirit.

Biden’s people can of course say no, making it a maybe win instead of a probable win, and so making that no a very very tough decision for them.

And maybe they have suggested as much to Trump’s people, and thus perhaps why SEC is maybe packing their bags and leaving us alone.

Biden has said nothing about this space so far, and whether Trump is really listening isn’t very clear, but neither should take any vote for granted and both presumably know very well that the only poll that matters is the one in November.