Comments Off on Gregory Maxwell Returns to Bitcoin Cash 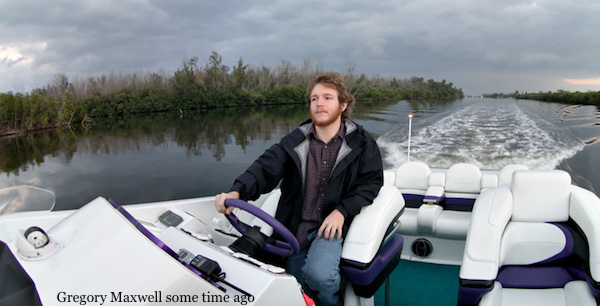 Blockstream’s co-founder, Gregory Maxwell has been quite busy recently but not with code or buildings things, at least as far as we are aware.

Instead he seems to spend much time making statements like: “Andrew Stone, you mark yourself as an utterly…,” not worth printing the insulting rest.

That was in reply to BU’s lead dev, Andrew Stone, asking “Why is this guy still here?” while referring to Maxwell. “Relax. He’s harmless now,” was Jonathan Toomim’s reply.

So giving you a brief snapshot of the situation in Bitcoin Cash where Toomim says ABC’s lead dev is “a jealous dictator who tries to generate both the problem and the solution.”

The dictatorship here appears to be that ABC has taken Toomim’s code, called ASERT, but have added some modifications with that modified code called Grasberg.

Both are difficulty adjustment algorithms, with BCH wanting to change the current one as it has led to very unpredictable block-times of sometime 5 blocks in ten minutes and sometime none for two hours.

Stabilizing that aspect is a very difficult task because this is a smaller network sharing the same hash as the vastly bigger bitcoin network.

As such it isn’t actually very clear whether it can be stabilized as there are many moving factors and inherently unpredictable factors like price.

Therefore this is a very very technical matter, with much math involved, but there is also a monetary aspect in that ABC is proposing what they call a “drift correction that adjusts the targeted block time up or down slightly in order to catch up with the expected emission schedule.”

Many more BCH have been produced than BTC because miners have gamed BCH’s adjustment algorithm and therefore ABC is proposing to effectively slow down block times, and thus rewards, for five years or so depending on how hash increases or decreases and depending on whether any of these proposed new upgrades to the difficulty adjustment will work in practice to stabilize it.

This drift seems to be the main difference between all these coders who apparently not only can’t agree, but are now name calling.

That’s fairly untypical of Toomim, or was, with him usually maintaining a professional approach as he runs a mining business, but sometime codes as well.

He says this drift means miners would get 800 BCH a day instead of 900 BCH, and this would increase the block size to 11 minutes from messy minutes in BCH currently, but it’s meant to be on average ten minutes per block.

BCHers are very big on zero confirmed transactions, and they have plenty of capacity, so it’s not clear why this 1 minute would make much difference in practice.

While the 100 BCHs difference for miners should be adjusted through the price all else being equal, so in theory it shouldn’t make much difference to miners.

However whether that part should be changed at all is clearly something that has led to disagreement, with it unclear why they can’t reconcile their disagreement as over the medium term there appears to be no difference except it halves quicker.

Making it more the atmosphere really of non-collaboration and a tendency to far to quickly go to the public and ask them about very technical matters.

Cashers you’d think would probably be greedy and go for the lower short term inflation if it came to it, although they may not want to change that aspect.

But you’d think what cashers would most want is for this bickering to stop as it tends to lead to stagnation.

Not that it mattered much for bitcoin price wise, except ethereum is talking of flippenings again, and it may well not matter for BCH either.

But it might not give coders much confidence to build things on BCH if they think it’s just gone split and split.

That seems unlikely in this case, but all these different clients don’t seem to like each other at all.

What’s more, the fork is in November, so this might go on and on and who knows they might even split over such a small matter.

Maxwell is doing his best to increase divisions, but they don’t really need his help as public arguments over small things may well now be what distinguishes BCH.