Turkish Lira Under Pressure While the Economy Sees V Recovery 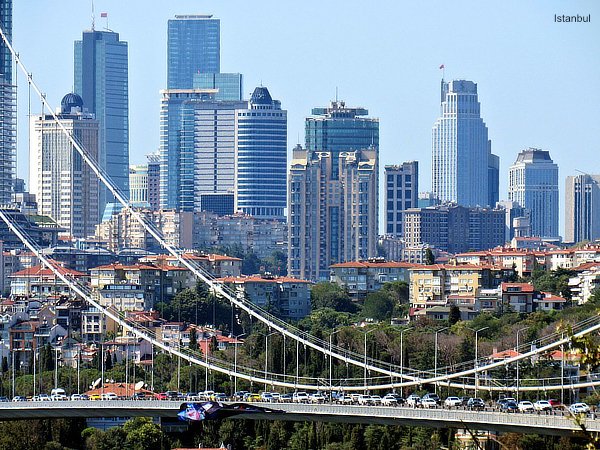 The Turkish economy has been growing faster than any European country or America, up 6% in the fourth quarter of last year and up 4.5% in the first quarter of 2020.

Data for the second quarter are apparently not out yet with it expected to have been under pressure as for all other economies.

However, the Istanbul Chamber of Commerce said on Monday “the Turkish economy has recorded a V-shaped recovery in terms of economic activity.”

They trying to close the gap between exports and imports with the Turkish Statistical Institute stating manufacturing rose by 7.95% annually.

The Turkish economy was growing by as much as 12% in the second quarter of 2017 and kept growing for much of that year.

However, the central bank there effectively crashed the economy, increasing interest rates to crazy levels.

So we put them here side by side to see which one came first and it looks like inflation rose a bit, but was still kind of within range.

The central bank however decided to have a crazy jump in interest rates, raising it in one go from 8% to 17%.

Inflation then jumps as well leading to another massive immediate increase in interest rates.

That infuriated Erdogan who fired the central bank chief and ordered interest rates be lowered, as they were, but they’re still at about 8% with inflation currently just a bit higher than that at 11%.

“Turkish President Recep Tayyip Erdoğan is flouting the teachings of the world’s most renowned economists such as Nobel laureate Milton Friedman by insisting higher interest rates are inflationary and seeking to fix the value of the lira, said Desmond Lachman, a former deputy director in the International Monetary Fund’s Policy Development and Review Department,” according to local media.

Their readers were salivating over shorting the Turkish Lira, but a striking move led interest rates for the lira to defi levels, at some 1000% to borrow it, as Turks dried up the market of their money.

As the Turkish economy is growing more than other major ones, the Turkish Lira (TRY) should appreciate in value.

However base interest rates are very high still. They usually are at around 2% for other economies, not 8%.

At 8% for the base rate, banks are probably making significant profits and therefore lower the borrowing requirements and just lend indiscriminately.

At the 0% in Europe and America, the government has now become the borrower while bankers have shifted to stock market casinos because they probably make little profit from lending.

Then you have to account for inflation of course which also depends on the velocity of money with it probably rising quicker if it reaches the poor and the middle class or the entrepreneurial class faster which in turn then create value and that ‘captures’ some of the new money as far as inflation is concerned.

Erdogan is seemingly fighting on all front and so far fairly successfully. The economy has been booming except for some blips here and there, in part perhaps because the country has seen many new comers, some of whom are presumably very smart.

By their actions, at least the few ones that have gained global attention, it seems their civil service is very modern and very sophisticated.

This is a European country of course, and its people are fairly rich as well as generally quite educated.

Their rise however is seemingly changing the picture and very quickly in the region with their men apparently as far as Iraq.

That seemingly pits it against other contenders, including Saudi Arabia, Russia and France, with Turkey’s natural ally being Germany historically.

America is a newcomer in historic terms to the region, but as the only democracy in that region that has the ability to take some responsibility, you’d think America is an ally as well.

There’s of course Israel as the other democracy, but they can’t take leadership due to cultural differences, and perhaps because of that objectively speaking it has been more a destabilizing force there.

While Turkey has stabilized the situation in its near neighborhood to generally much benefit to Europe, with its leadership test of course being Libya and specifically Sirte.

“Over the past weeks, President Trump has spoken with several world leaders about Libya, and it is clear there is no “winning” side.  Libyans can win only if they come together to reclaim their sovereignty and rebuild a unified country,” the US National Security Adviser Ambassador Robert C. O’Brien said according to local media.

There is a United Nations backed government in Libya, which is what Turkey supports, so if there is no winning side then they all should back down and have elections instead of this Haftar guy trying to take by force rule in the country which rose up against a dictator Haftar served.

There’s also all sorts of geopolitical interests there as well, but at the end of the day it is also about freedom and democracy against dictatorship.

It worked for Tunisia, why would it not work for Libya as well? The country is next door to Europe. It can easily be raised to have a decent civil service, and so become a place where we might even want to go on holiday and do business.

They are muslims of course but with some Turkish influence they can keep imposed religion out of politics instead of as in some dictatorships in that region where they have religious police.