Comments Off on Bitcoin Cash Miners and Devs Troll the ‘Community’ 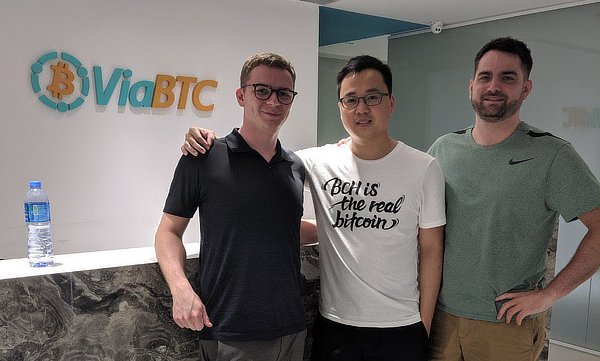 “I want to start a new fork,” said Haipo Yang of ViaBTC, with an obvious hint of his seriousness being the name, Bitcoin Cat (BCC).

“This is unfortunate, but also an amazing opportunity for these who have been unhappy with how things are going. Some will want to start a war. Those who want freedom must not let them,” Amaury Séchet, BCH’s lead dev, said regarding Bitcoin Cat.

BitcoinABC also announced they’re going with a protocol upgrade proposed by Jonathan Toomim, which is seemingly what BCHers want, rather than a modified version of it.

It also announced another probably quite obvious troll, the seemingly much disliked developers fund, stating:

“All newly mined blocks must contain an output assigning 8% of the newly mined coins to a specified address.”

This is “not a marketing stunt,” Yang said regarding caty, further adding:

“Lacking a good governance mechanism, BCH is now facing chaos and disagreement, and even in the middle of division of the community.

The community has a lot of complaints about developers, but it’s hard to replace and change.

I have many views and ideas on the future development of BCH, but I did not have a great influence on the previous BCH fork. And now, I want to start a new fork.”

Yang is believed to have spent some $10 million or more to mine the first Bitcoin Cash block on August the 1st 2017.

Another big backer, Jiang Zhuoer of BTC.Top, said: “No name grab + replay protection = a fork of goodwill, a candy coin.”

There may in fact indeed be a new cat coin, but Zhuoer has stated if there is a BCH split, he’d follow ABC.

It appears cryptos of note and those that are decentralized as well as have grassroots seem to go through a similar process.

Bitcoin became bitcoin maxis. Ethereum then got its own maxis. BCH maybe is in the process of maxing too.

That’s perhaps because it’s a bit too easy to create discord on social media especially where it concerns technical matters which very few understand.

People who have never written a line of BCH code therefore, and maybe have not even seen what BCH code looks like, are now taking the microphone at the Speakers Square to tell whoever wants to listen that one set of code is bad, while the other one is good.

And then under the pretext of this code choice, they move on to an entire whole client is bad, while this other one is golden.

We then add some salt by saying all sorts of things regarding whoever is the most known dev of the ‘bad’ client while ‘elevating’ those of the ‘good’ client.

And if the bad client actually does what the no coders want, then we find some other code related thing which no one has a clue about or care, and we raise this to chain-split worthy bad on one hand, furnished with ‘good’ new code on the other, and so repeat.

There of course can also be genuine disagreements, but chain-split worthy ones are very, very few and we’ve only seen two really.

BCH itself regarding the tradeoff between capacity and resource requirements for nodes. And ETC which was more bitcoiners trying to cause a mess in eth, but also a very small minority genuinely held the view to not DAO fork, which is fine.

Both bitcoin and eth, as well as BCH and ETC, saw new heights after the split, but there has also been one ‘bad’ split. The BSV one which was more to get rid of someone Vitalik Buterin and many others have called a fraud.

The entire crypto market did not like that split at all and for obvious reasons. It was sort of a fake split, showing a potential weakness in governance through social media attacks.

So bitcoin’s ‘solution’ has been censorship and a marketing team of sorts that trollingly dismisses the other side or all cryptos really except for bitcoin and very few ‘good’ cryptos that are kind of supported by BTC devs or is sort of their product/project.

Ethereum’s solution has been to collectively shout at any dev that either doesn’t toe the ‘party line’ or brings up publicly code related discussions or disagreements in a ‘no u’ manner which is usually met with ethereans telling them to go get a room.

In addition ethereum also has a ‘marketing’ team of sorts that boils down to eth is good and look at all this cool stuff as well as occasional trolling of bitcoin maxis or counter trolling when bitcoin maxis start it.

BCHs solution is still in development but finally we’re seeing some sort of circling the wagon with their tactic for now apparently being to ‘officially’ troll presumably to make it very clear there won’t be a chain-split and that all this is just noise.

They have models to copy, so the task should be easier for them. Ethereans just copied the bitcoin maxis, minus the censorship (well, kind of), stating at the time ethereum is not a company, so it does not have a marketing or PR department, so ‘ordinary’ ethereans have to do it.

Fair enough to a point, because there is plenty happening in BCH, but it is all drawn out in huge noise previously over bitcoin this and bitcoin that like a broken tape, and then endless ‘discussion’ over any and all protocol proposals.

Which has it’s benefits because now we know they’re trying to ‘fix’ the Difficulty Adjustment Algorithm (DAA) to address hash movements in a big and small network mining system.

We think they can’t do it fully because there are many variables, and plenty of them unpredictable, but they can try it of course and maybe they’ll be able to mitigate it a bit.

But it also has drawbacks because our long queue of news priority has led to this sort of article kind of replacing a pretty cool showcasing of insta BCH payments with a contactless card.

Obviously not other’s fault we’re busy, but it’s to make the point that BCH does have a use case and focus in trying to make the coin be an actual currency for daily usage.

That’s a pretty cool goal which the other two big boys are not really addressing. There are smaller coins trying though, but BCH is the biggest by far focusing on this gap in the market.

And cryptos are now becoming a fairly competitive market with coins easily losable in all the noise, especially as so much is happening with other coins.

So instead of going on and on about clients or even about other cryptos, BCH can go on and on about how you can buy bread with hard money or how it can potentially handle a Lebanon level country for daily commerce, or how Argentinian shopkeepers definitely should start accepting BCH and with the ever devaluing dollar, how American ones should too.

Previous market actions have shown that BCH is complementary to other cryptos where price is concerned, and while bitcoiners do reee, they probably know it’s just sport as at the end of the day you need different teams to have football at all.

One team here has basically taken the leave, with the ping pong so far being just eth and bitcoin, but BCH can maybe make it more football than table tennis if they finally get a handle on this trolling problem in their own and/or by their own social media.