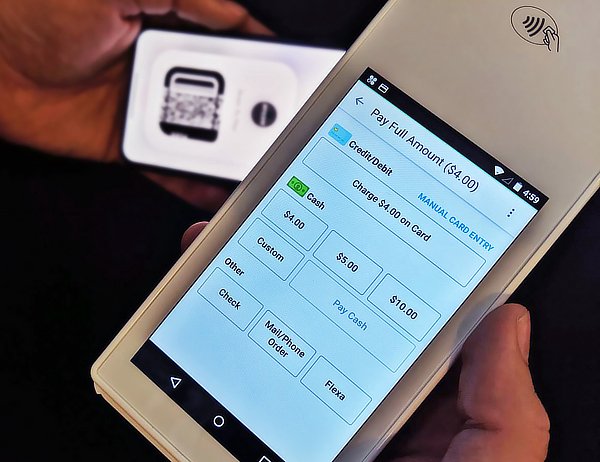 “You can now live on crypto” exclaims the recently launched Gemini Pay as it introduces the public to four simple steps to pay for goods in store with bitcoin, eth, or any of the other assets on Gemini.

After downloading the Gemini app, you just select what currency asset you want to pay with and where, and then you just scan.

The payment is instant and the Flexa protocol solution they use guarantees no fraud through a collateralization process that involves staking FXCs, Flexa tokens.

Some $80 million worth of such tokens are being staked currently, guaranteeing any 0 confirmed bitcoin double spent transaction is still paid to the merchant through this collateralized insurance fund of sorts.

“When paying with a flexcode, the Flexa-enabled stored value account is secured by cryptocurrency value instead of being funded by fiat money, and therefore represents a pre-authorization or a letter of credit.

As in credit and debit networks, merchants receive settlement after each transaction takes place (and after the corresponding amount of cryptocurrency has been converted to fiat) through any preferred settlement method,” they say, further adding:

“The corresponding amount of Flexacoin is locked against their payment until confirmation is achieved on both sides of the transaction, after which the Flexacoin is released and can be used to collateralize additional payments.”

In return they get “their portion of the previously announced initial network reward distribution of 1 billion FXC, which is being returned at a rate of approximately 2,500,000 FXC per day on 15-minute intervals through the end of 2020.”

You can see above initially price and marketcap were moving in tandem, but more recently the market cap has grown faster presumably because of these reward distributions.

They claim some 40,000 merchants accept crypto payments through Flexa which is just a tab on the merchant’s point of sale and can easily integrate with current merchant points of sale, they say.

They have a partnership with Shopify and are registered as a money transmitter with FinCen in all US states where it is required.

Some $14 million was raised by this payments processing project from Pantera Capital, Nima Capital, 1kx and Access Ventures.

That has led to their smart contract showing some 2,000 transactions have been made with the very first one being on the 19th of November 2019.

Making this all fairly new, with Flexa having its own SPEDN which a representative calls as “a demo app for us” to showcase the Flexa protocol.

In the case of Gemini, the crypto is taken from what has been deposited on the Gemini exchange, with that then converted into dollars if the merchants so choose or they can accept it in crypto.

In case there’s some problem with the payment, then the collateral comes in, with presumably the Gemini API telling the smart contract that the $5 locked fxc for the $5 bitcoin payment for an English breakfast in New York, needs to be given to Gemini because Peter Todd double spent it.

Any other app can also integrate this, including Coinbase itself or Metamask if they moved towards being more of an app than a browser plugin.

Making this a bit interesting as there is no fraud risk for the merchant as cryptonians cover it presumably eventually from fees.

For now however there are no fees until the end of 2020 with presumably VCs covering them temporarily.