Should BCH Kick Out The Miners?

Comments Off on Should BCH Kick Out The Miners? 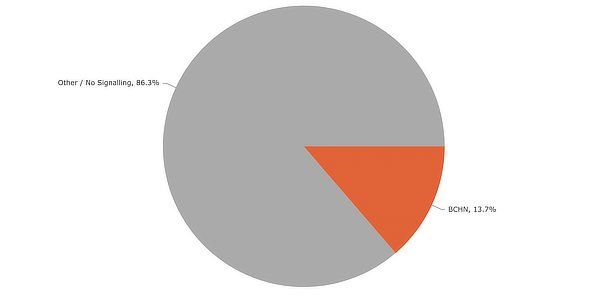 Poor Bitcoin Cash (BCH) seems to be getting no rest. While bitcoin is talking about all this money printing that is increasing its price, and eth is defying, you enter a different world in BCH, kind of a back to the future.

It appears ‘social’ consensus there has broken and perhaps irreparably with what you’d think are all good men, seemingly at each other’s throats, metaphorically speaking.

A split seems inevitable because it looks like the ‘community’ has split, and therefore the ‘frozen’ upgrade client of BCH has what the BCH team wanted but previously backed down to keep all together, the Infrastructure Funding Plan (IFP).

This gives a certain percentage of mined blocks to developers for a certain period of years so the coders can eat bread too.

Initially we thought this was trolling because the revival of this proposal was made at the same time as an obvious joke about forking.

Yet they all seem to be taking it seriously, so after arguing about a comma in the protocol code, maybe ABC devs thought yet another split is how much of this can be resolved.

That risks irrelevance for this project because resources would be split as well, and where dev funding from distribution rewards is concerned, reasonable people can have very different opinions.

The idea was rejected in bitcoin because it creates some centralization in that a certain set of coders are getting the funding, which here its opponents call a tax.

So they went with a Bitcoin Foundation, which was also too centralizing to the likes of Peter Todd who nowadays is a bankers’ consultant.

When a VC funded for profit corporation hired many of the prominent bitcoin devs, however, there were no attack dogs barking about it being centralizing. Although, to be fair, there was a chain-split to BCH.

Yet altho Bitcoin Core’s solution to the funding problem was not acceptable to cashers, what was or is the solution was not proposed either. So we go back to square one, IFP.

That pits pragmatists against purists in some way, but more objectively it has tradeoffs. It does or can make BCH the project of a team, but they would be paid in BCH and therefore their interest would be to run this project as best as they possibly can.

Otherwise the project can’t keep up. As slow as bitcoin moves for example, its devs are working on improving the script language to be a bit more competitive with ethereum.

One can’t quite fault the criticism however of a tax as they emotionally call it. But in the absence of purer solutions, the answer can not be no solution.

Therefore we don’t care either way, not least because that IFP part is taken from printed money, instead of as a tax from all income.

As such, whether it is better some of it goes to devs instead of all of it to miners may well be a nice academic point to discuss in gilded halls, but in this still very young and developing space, maybe running the A/B test to see which is better would be best.

Deciding When No Deciders

The governance mechanism within any one blockchain seems to be unable to withstand the will to disagreement when there isn’t the perception that there is someone that does decide.

In the absence of such perception it appears some find it desirable to attempt to gain such role and sometime do succeed.

That capturing in the real world can have tragic consequences, but in this space capturing does not seem to be quite possible because you can just fork or fork off.

Therefore holistically blockchains are not fully decentralized within themselves, but between themselves, in as far as anyone can fork or launch a new blockchain.

In this specific case there are two incompatible clients, ABC and BCHN, with miners currently seemingly signaling for the latter as shown in the featured image.

There is now apparently a Binance pool mining on BCH, which we can’t see on the bitcoin mining distribution, as well as a Huobi one and OKEx.

The latter has not signaled yet but the other two are signaling for BCHN, with Binance of course being the exchange that kept calling BCH as BCC for years after consensus was reached on the BCH ticker, with their BCC insistence so propping up in some ways the Bitconnect scam.

Overall it appears more than 50% of miners are signaling for BCHN in the past 24 hours. Not that it really matters as Bitcoin Cash is not and has not been secure since inception because it has a tiny fraction of the same hash as BTC. Therefore, why not change the algo?

A nice new algo has long been written for bitcoin, Keccak. Conceptually it should have been deployed on BCH a few months after it became clear there was a significant problem with its hash sharing.

A problem that has been known for long of course before BCH forked, but prior to it forking the majority of miners were signaling for bigger blocks so there were reasons to see whether it could gain the majority hash.

Thus, the difficulty initially was not changed at all, with the first BCH block taking hours to mine. Thereafter there was the market price action, and then the boom, and then there was this fraud split, so very busy BCH.

In addition, there naturally was and is also the human element with those miners supporting BCH, so why would you kick them off?

Because technically you have to if this is going to be a secure network and if it is going to work as it is meant to work.

In addition, if most miners are now signaling for a split team, you’d think the supporting miners would understand that it just has to be done, if the devs want to do it.

We think they should, even if there wasn’t a split. They trying to do some new difficulty adjustment algorithm in this upgrade to sort out the shared hash complications, but that’s probably not going to solve anything as BCH operates in a very adversarial environment.

So why not bring back CPU mining, albeit very temporarily, and then GPU mining, and eventually its own asics that should give it full security and more importantly can allow it to operate once more on the original difficulty adjustment which has been proven to work.

The only difference then between BTC and BCH would be this IFP but that’s temporary and it’s taken from miners who should have paid for the maintenance of their own product anyway, and maybe did but clearly not to a sufficient extent during the bear.

The sentimental aspect would make that decision a bit difficult, but they have other coins they can mine, so objectivity should have prevalence with this not being a decision against miners, but a derived conclusion from observation.

If there is to be a secure BCH, it needs its own algorithm as otherwise miners have no skin in the game.

If there is such algorithmic change, then BCH can be exciting again because it’s a revival in many ways as everyone will see just what is CPU mining and new dynamics might kick in with it potentially experiencing a re-generation of sorts not just for itself, but for the whole crypto space.

That’s because it would show just how it can be done, this splitting, and how there can be a fresh start that detaches from the main chain in mechanical ways, while being the same in all other ways.

Otherwise the split chain is inferior ad initio if it doesn’t gain the permission of miners who may well also control talking spaces and may say one thing and do something else by excusing themselves with ‘just business.’

Which is fine and fair, but how this should technically work is also just business, and therefore the BCH algo must be changed if this is to maintain any relevance.