Comments Off on Bitstamp Leaves London 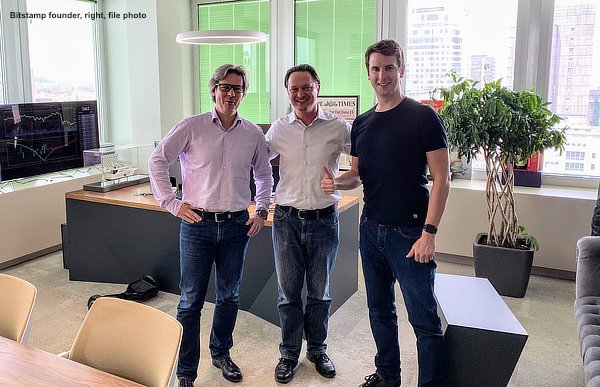 After eight years in London, one of the oldest and biggest bitcoin crypto exchange has packed their bags.

In an email shared with Trustnodes, Bitstamp says operations are moving to Luxembourg. The email says in full:

“In order to comply with our regulatory requirements and improve our operational efficiency, we are migrating the accounts of our customers from Bitstamp Limited to Bitstamp Europe SA., our business entity based in Luxembourg.

The services we offer you will not be affected and you do not need to take any action at this time. We will let you know once we have migrated your account.

Bitstamp Limited is the London operation with it incorporated on the 25th of July 2012.

While Bitstamp Europe SA is the more recent Luxembourg based entity formed in 2016.

Bitstamp has confirmed the authenticity of this email, but provided no further explanation for why they are moving.

After publication, Bitstamp’s COO Vasja Zupan reached out to say they “migrating European clients from its Bitstamp Ltd. entity to the company’s Bitstamp Europe S.A. entity, a move that has been planned for months. This does not involve any relocation or change in operations, staff or offices.”

The increasing chance of a no deal Brexit may have played a role with EU’s negotiator Michel Barnier stating: “today at this stage, an agreement between the UK and EU seems unlikely.”

There appears to be a disagreement over fishing rights but more holistically over a level playing field that includes potentially taxation.

The deadline is now October, in just six weeks, with it requiring ratification by the EU parliament and perhaps all member states as well.

Just recently tiny Cyprus blocked an EU trade deal with Canada after years of negotiations, showing just how complex these things can be.

If no deal is reached then UK and EU would operate on WTO terms, meaning many British and European goods would be taxed when they move between borders.

In addition while previously a license in UK meant a license in all of Europe, soon companies may have to choose whether to settle in Europe first or in UK.

For its part the United Kingdom is trying to revive a commonwealth-ish alliance that can potentially include India and Japan, as well as Canada and Australia.

Yet its trade is with Europe by far, and after half a decade, the economy would need quite some time to adjust to any abrupt no deal as is being talked up now.