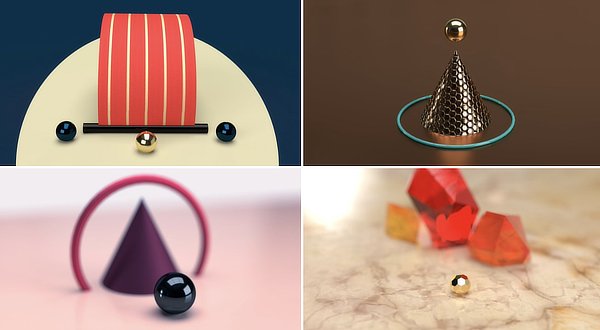 The code machine is at it again with a new project that he says should be out within a week.

“When music/audio NFTs,” asked an etherean musician that goes by the stage name of RAC.

“Let’s do it, need me to create a factory? Could do something based on the audio signature,” Cronje said. Get me a telegram group, he then ordered.

Yearn launched insurance recently where you can buy cover on say 100 eth for the insurance price of 0.2 eth.

That insurance is a Non-Fungable Token, or a unique token as we call them, that being it has a different ID that corresponds to specific data.

These insurance tokens can be bought and sold, but as each of them is unique and not interchangeable, you can’t quite do so on Uniswap.

As it happens, a platform for buying and selling NFTs is already out there, called Rarible, founded by Alex Salnikov and Alexei Falin.

They recently raised an undisclosed sum from Coinfund, and apparently came to Cronje’s attention because they were selling his insurance tokens on this platform.

Digitally native tokens is of course one thing because they are fully just code. Music is something else because you’d have to deal with storage.

Meaning the blockchain would have to interact with traditional databases or less efficiently you can store it on ipfs and connect it to the blockchain through a hash.

There have been numerous attempts at getting music going on the blockchain, but they haven’t been very successful because arguably the blockchain part doesn’t really add much, if anything at all.

It can instead take away because they’re priced too high or they’re priced in a volatile crypto or they stored on ipfs to the detriment of the user experience.

Considering music is an extremely competitive business, to bootstrap something new is very difficult because musicians want an audience and the audience wants musicians. Who comes first?

There obviously is some overlap between musicians and cyrptonians and music lovers, but this is one endeavor where failure should be assumed.

However there was a time when music was briefly disrupted by the digital revolution in the late naughties and early tens.

What happened there was artists tried a new business model. Give away everything for free, and charge for concerts.

There was also extreme hunger for rage really, propelling to the top such songs as ‘I predict a riot,’ ‘Resistance,’ ‘Uprising,’ ‘Sex on Fire,’ as well as ‘We are the people that rule the world…’

The guilds were briefly opened up, but briefly as musicians and the audience connected directly until presumably that connection was chocked off at the ticket sellers office.

Now we’re back to corporations pushing in our face musicless bands that offend the ear, but they claim they are popular.

Film is suffering from the same chockhold, in part perhaps because pirating has drained medium ‘scale’ artists.

At the lower end the scene is extremely vibrant, especially in big cities where talented men and women sing in underground pubs to the great pleasure of those in attendance, usually for free.

At the higher end, nowadays it’s a controlled big business, with the middle layer kind of chocked off.

It’s that middle layer that would probably need some direct platform to move to the big league when then corporations go beg them instead of the other way around.

Attempting to give them such platform is of course a worthy goal, but one has to bear in mind that this is about music and the token has to add something to that music.

There has to be a business model that makes sense for the musicians, and then there has to be some sort of ranking method that attracts the audience, with the competitor here being none other than Youtube which is in desperate need of disruption, but one week of coding ain’t gone do it.

Instead what we should expect is some site that does a basic job with the focus primarily on the new token and its tokenomics which presumably would be given for free and you can ‘farm’ it by putting songs out there or watching them.

A completely unsustainable business model that probably won’t last the week because it’s a lazy way of doing what is a very worthy endeavor, a potentially very lucrative one, but also extremely difficult to pull off.