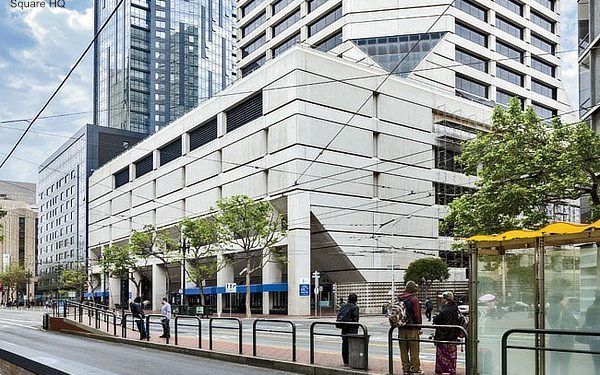 Bitcoin and for now only bitcoin, has gone next level with the asset becoming part of company portfolios.

The incredible money printing we have experienced this year has made many CEOs and company boards nervous about sitting in cash.

Usually cash is the preferred method of parking money for companies until its decided what to do with it, but the new FED policy of targeting higher than 2% inflation means sitting on cash can now be a costly activity.

So when MicroStrategy announced they were diversifying into bitcoin, some where surprised but they had a decent argument in regards to fiat losing its value.

Now that Square has announced they bought $50 million bitcoin however, plenty are wondering whether we are witnessing the beginning of a new trend.

The purchase of bitcoin by Square is interesting because they allocated 1% of their assets to the new digital gold.

Meaning this was a calculated decision, rather than a gamble, and a decision perhaps based on financial advice rather than a hunch.

For bitcoin now, and to a very limited extent for ethereum too, a body of scholarly work has developed which over the past two years has reached the conclusion you definitely should have 1% of bitcoin in your investment portfolio.

Some newer studies suggest as much as 10%, or even higher if you have a risky appetite, but what is interesting is that all academic studies – which we have come across – conclude that bitcoin is beneficial in an investment portfolio as a diversifier.

Something like the Square announcement therefore is surprising in that it is happening, but objectively shouldn’t be that surprising because research coming out of academia is unanimous in suggesting bitcoin should be in your portfolio.

Reading some of the studies you might actually be surprised at some of the researchers letting themselves go after terse paragraphs with conclusions that suggest the government should fully facilitate, embrace, etc. bitcoin.

Some think tanks on the other hand appear to reach conclusions less through data analysis and more presumably through bias with policy honks likewise less interested in objective aspects and more in the fact that bitcoin is outside of their system.

This disruptive aspect of bitcoin has made central banks nervous, but central banks have lost in every country on earth, except for in China where there is no rule of law, and therefore a central bank diktat remains in force unchallenged.

Everywhere else, bitcoin is becoming something else. Less the rowdy outsider challenging the status quo, and more advanced tech that can potentially do wonders for your investment portfolio.

It remains however controversial, and something like the Square announcement is going against the grain, with it unlikely Harvard controlled Apple or Google will diversify to bitcoin any time soon.

Yet many companies may well do so, and pension funds have probably silently been moving towards it for some months now, with these institutions naturally moving slowly, but they are moving.

Except for banks. As always, it’s not out of choice or ignorance, but because bitcoin is so fundamentally different and yet quite similar that there’s nothing they can do about it.

They can’t quite embrace it because it would be a bit like Blockbuster offering movies on Netflix. Plenty do, and banks could also offer bitcoin as an option, but unless it’s some sort of crypto bank like Kraken, they’d have little to gain and perhaps much to lose.

The central banks are trying to pretend they can launch something like bitcoin, and Blockbuster could indeed rent movies online. It didn’t, and the central bank can’t either.

It can’t because what they referring to as digital currency is what digital fiat is already. As such to bitcoin would mean to decentralize, and that they can’t do because the whole point of their existence is to set the value of money as they please.

In a decentralized digital currency, one bitcoin is always one bitcoin. As such, no central bank is needed whatever. With Defi, perhaps even commercial banks are not needed. How can you embrace this any more than Blockbuster could embrace Youtube or Netflix?

Where the elected are concerned and the civil service overall, whether authoritarian or otherwise except for China, they appear to consider something like bitcoin as the lattest in a millennials long economic battle that has and continues to rage in the halls of academia.

Otherwise said, they consider the central banks’ position as just one among two, and they appear to think that to them it is irrelevant which one prevails.

They do not dare to intervene because they do not know which one is better, and though sometime they may do gestures to please the bankers – like withholding a bitcoin ETF – the fundamental economic ideas upon which bitcoin is based are too powerful for any system to ignore save for communism as has developed in practice where the government owns all property and thus sets its value.

It shouldn’t be much of a surprise therefore that the Chinese Communist Party (CCP) stands alone in its hostility towards bitcoin, but outside of this still communist mentality, bitcoin is seen as just a new asset with unique qualities that can be good for your portfolio.

You’d think therefore we should expect more such announcements from companies in the coming years, but if the state is also diversifying, we probably won’t hear of it in a direct form anytime soon.

Indirectly, bitcoin may well begin to be seen as a backup plan just in case, with quite a few countries somewhat keen to develop a bitcoin industry so that they can always have the option of engaging in international trade.