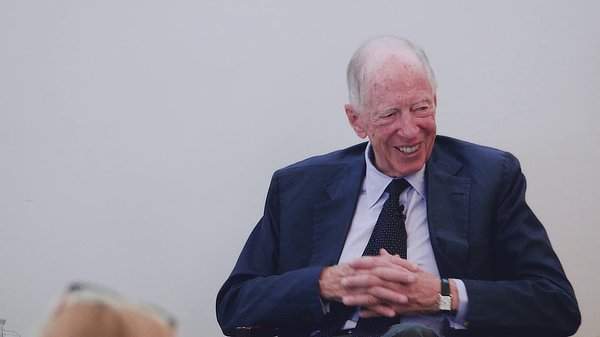 The Rothschild Investment Corporation has bought 27 bitcoins in a stock form through Grayscale’s GBTC.

That makes them one of the most prominent bank to buy bitcoin, most likely for one of their private clients with this being just one of many private banks owned by the Rothschilds.

Once the richest family on earth, a Rothschilder has even chaired an Initial Coin Offering (ICO).

While the Rockefellers, which once dominated America, began investing in crypto and blockchain startups way back in 2018.

Soon after, ethereum’s co-founder Vitalik Buterin asked: “Are ‘the Rothschilds’ actually remotely as powerful and coordinated as the conspiracy theorists seem to believe, or are they just a group of old-money socialites and all that other stuff is overhyped?”

He eventually answered it himself, stating: “they are just people born into various old-money-type high society positions, and the theories that they are anything beyond that are fairly baseless.”

It’s unclear whether Buterin has been initiated, but whatever they are, they buying bitcoin although in this case most likely under the orders of their clients.

For their own wealth, it is unknown whether they have diversified into cryptos, but Blackrock, which has some $6.3 trillion in assets under management, began considering investing in bitcoin in 2018.

Since then and this year especially, bitcoin has been moving more and more towards the big money crowd. Things like family offices, pension funds, company savings, with it appealing more and more to institutional investors as fiat continues its devaluation.