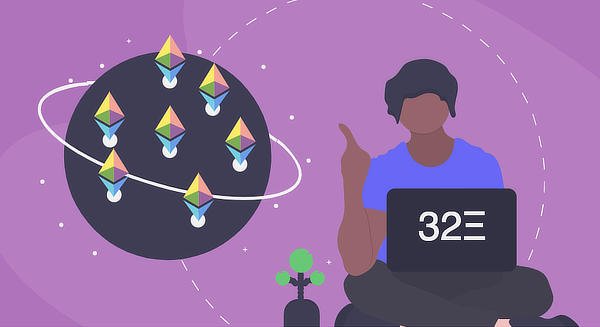 The deposit contract to stake on the new Proof of Stake ethereum 2.0 blockchain is now imminent according to Ben Edgington, an ethereum 2.0 dev at PegaSys.

“As I understand it, we are good to go: deposit contract in the next few days; beacon chain genesis 6-8 weeks later. (This is not an official statement!),” he said.

The Zinken dry run of the ethereum 2.0 launch has successfully completed, with Edgington stating:

“It wasn’t perfect, but went smoothly enough for us to turn our thoughts now towards the real thing.”

The full on Medalla testnet was running for weeks without problems, but the new Zinken dry run seems to have led to lower participation in Medalla, or people got bored.

In any event, the problems there appear to be more due to the fact that people are staking on Medalla with fake money, so there isn’t much you can do about it and more importantly there does not appear to be anything protocol related where participation rates are concerned.

Devs are increasing penalties for inactivity however, and they are quadrupling them based on their testneting experience.

“This quarters the penalties during non-finalisation, and is a temporary measure to give stakers more confidence in case we hit trouble,” Edgington says.

All of it meaning that after years of development and much testing, the live launch of the ethereum 2.0 phase 0 is now ready to go, with it requiring the depositing of some 500,000 real eth to start, worth close to $200 million. The genesis block launches a week after that minimum is met.

Currently some 3 million eth is staking on the Medalla testnet, worth more than a billion if it was real eth, with that indicating the initial level of interest and potentially the amount that will be staked in the coming months.

One big difference between the mainnet and the testnet is that the latter does not quite have what can be called staking as a service.

Things like Coinbase or Bitcoin Suisse are likely to offer staking as a service probably once this launches successfully and keeps finalizing for some months to the point it can reasonably be said it is stable.

That should prop up significantly the level of staking simply due to the ease with which it can be done, amounting most likely to just a click.

To begin with, people will have to go through a launchpad yet to go live for the mainnet, which requires command line knowhow and some basic tech skills that intentionally increase the barriers of entry because staking can be risky as one mistake could lead to losses.

On the other hand, staking as a service providers can be compared to web hosting providers who deal with all the servers and their configuration. Likewise they would deal with all this command line setup, choosing clients, keeping participation active, minding slashing, and hopefully making some profits for their clients and themselves in the process.

Or of course you can go VPS, and install the server as well as its configuration yourself with some knowledge needed to keep hackers out and the like.

Freedom v convenience will play out here too, but initially there will probably be only freedom, only the VPS option, only the command line staking route.

It is probable therefore, although it does remain to be seen, that initially just the minimum will be deposited or not far off from it.

That’s because even though there have been three testnets now to make the live launch as smooth as possible, things can potentially come up that could lead to a situation of non-finalization which means stakers would lose money.

What is also crucial for the live network is client diversification. No client should have more than 30% share of the network. That is vital. If it does, it is probable that it is a matter of when, not if, that a non-finalization event occurs.

A non-finalization event is one of the worst things that can happen because the network stops. For stakers, because they lose money and potentially very quickly now that the penalty has been quadripled.

If this maximum share of 30% can be maintained, then there should be only rewards to be enjoyed assuming no client shared bug or some sort of common bug occurs.

In our view, Lighthouse, Nimbus, Prysm and Teku are all good clients, and all must have a decent share. Must.

If they don’t, then perhaps social level consensus needs to intervene just like bitcoiners DDoS-ed pools that gained more than 50% network share.

For now however, the show that is to imminently begin is to be enjoyed. The party is on launch day, and then hopefully there is no hangover.