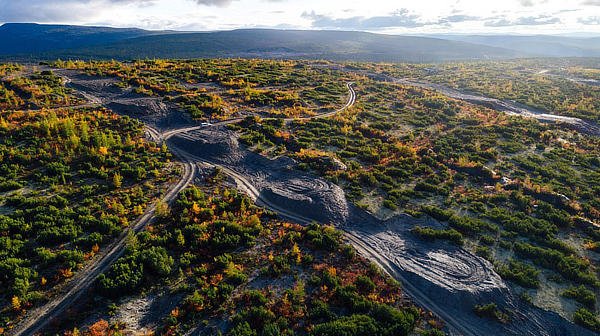 Some $76 billion worth of gold has been discovered in Siberia with Russia’s biggest gold miner, Polyus, stating it is the largest gold deposits in the world.

The Sukhoi Log mineral reserve contains 40 million ounces of proven reserves as measured by international JORC standards, with an average gold content of 2.3 grams per ton, worth $76 billion.

“We are pleased with the results yielded by our exploration programme at Sukhoi Log,” said Polyus’ CEO Pavel Grachev before adding:

“The publication of the maiden ore reserve estimate represents a significant milestone for Polyus’ long-term development strategy and confirms Sukhoi Log’s position as one of the world’s highest-calibre gold deposits.”

In addition about 256,000 ounces, worth half a billion, have been discovered in Iran.

Mandana Zanganeh, the province’s under-secretary in Iran for economic affairs said according to local media:

“The discovered gold mine in Sistan and Baluchestan is one of the economic mines of the country that was recently identified and after a long time, its exploration and survey stages were completed and the license for exploration of the mine with a definite reserves of eight tonnes of gold was issued.”

Gold’s price has increased significantly this year to near $2,000, increasing incentives for exploration and excavation.

In addition it makes big mining projects feasible with the Sukhoi Log mine needing a $2 billion investment.

All of that translates to new gold supply coming into the market which should add downwards pressure onto the price presuming demand remains at the same level, with some gold bugs maybe exiting to bitcoin where there is no devaluation at all, unlike in fiat or now in gold.