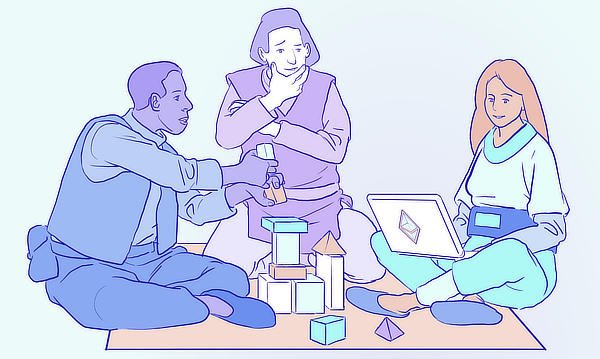 Decentralized Finance (DeFi) projects appear to be reaching a consensus of sorts on what second layer scaling technology to employ.

Mike McDonald of Balancer, a defi dapp that holds more than $300 million worth of assets, says:

“I believe the layer 2 solution that ultimately wins in Defi will be the one that can scale slowly in parallel with L1 without breaking fungibility in liquidity.

Optimistic style roll ups require an ‘all at once’ style migration to be successful, otherwise projects and liquidity all gets fractured between L1 and L2 due to withdrawal periods. Any L2 tech is too experimental to support billions in the short term.

In my opinion the biggest mistake any protocol with pooled liquidity can make is launching two separate apps on L1 and L2 without a near synchronous connection between the liquidity.

Another potential mistake is being the first to move entirely onto a L2 and isolating yourself from the composability and existing liquidity on L1.

Zk rollups are the most promising (and the only scaling path Balancer is exploring internally at the moment). That being said, there’s still a massive amount of time and development needed to go from a L2 demo app to a coexistent L2 with meaningful $ locked.”

Optimistic rollups have a withdrawal delay of one to two weeks during which time a transaction can be challenged by providing fraud proofs.

The only difference here from the current UX is that you have to enter the zk system and exit, but this can occur somewhat instantly by the block.

Apparently now they’re zk-ing smart contracts too with StarkWare, a dev studio that has been working on zk tech for the past two years, stating:

“Cairo is the first production-grade platform for generating STARK proofs for general computation. It is Turing Complete, and highly efficient.”

A new project, Immutable, says they’re now working with them to build an exchange infrastructure for developers that handles 9,000 transactions a second.

“ZK-rollups are the only solution capable of scale without compromise, and though they still have disadvantages in the area of general computation, those challenges are rapidly being resolved,” they say.

dYdX is apparently working with StarkWare as well to add zk tech to their dapp which facilitates flashloans and other trading. Curve Finance is seemingly exploring the tech. While StarkWare itself came from 0x, a protocol for exchanging assets.

There are of course numerous other dapps, like Compound or MakerDAO and dai itself, but other tech options haven’t quite attracted the same buzz as zk tech so far.

Defi devs have been looking at the options especially after contract transactions attracted fees of $100 or more during summer.

So it appears some of them are coming back with their conclusions, and the statement by Balancer that they’re looking at only zk tech, may well suggest this is the most likely candidate to scale ethereum in the near term.

It’s unclear how long this integration will take, but dapps, especially the ones that have tokens, have competitive pressures especially during congested periods.

On the other hand, $11.5 billion is currently locked in the more prominent defi dapps. So naturally they have to go slowly and gradually, with a lot of testing, because in this space a misplaced comma can mean a lot of money vanishes.

However, these projects are always at the risk of some new kid coming along with a scaling integrated dapp which he goes off to meme day and night.

Therefore it is probable early next year and for much of 2021 we should begin seeing what may well be perceived as a slow organic upgrade to second layer scaling, until we maybe look back and remember where we were.

Otherwise said, we are probably about to get off dialup, one way or another. It’s about time as well.