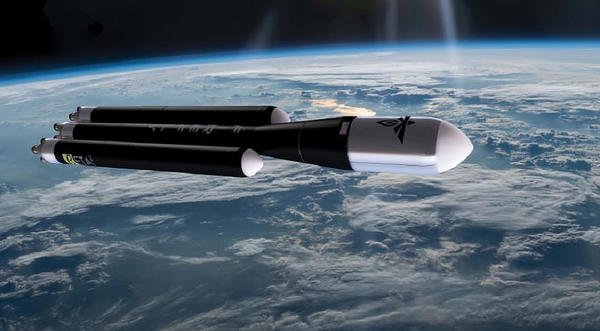 The first blockchain based inter-satellite communication is to occur on low-Earth orbit after the launch of a Firefly Aerospace Alpha vehicle on November the 20th.

The project is by Villanova University College of Engineering in collaboration with Teachers in Space, a non-profit, and it’s dubbed Serenity.

A Proof of Authority ethereum based private blockchain is to be used for transactions between satellites in space without involving ground stations.

“The primary implication of space blockchains is that blockchains can help usher in space commerce by allowing direct satellite-to-satellite transactions,” said Hasshi Sudler, an adjunct professor at Villanova who is leading this project.

The satellite is booked for 30 days, 15 of which will be used by researchers to analyze transactions, while another 15 days will test volume handling. Sudler says:

“Satellites holding unique data such as measurements of celestial events or of the Earth can transact that data with other satellites wishing to make use of that data.

A wide variety of smart contracts can be developed to manage requests between satellites when such data is needed. A satellite will no longer need to do everything itself to accomplish its mission.

It will be able operate as part of a constellation of other satellites, some of which may belong to other operators.”

Inter-satellite blockchain based communication has never been tried before, but furnished with a Raspberry Pi, Serenity will carry out this exploratory work to research inter-satellite transactions.

Over the next five years Sudler sees a space economy potentially developing based on blockchain tech:

“I believe over the next five years, there will be significant progress in establishing a constellation of satellites that support LEO (Low Earth Orbit) blockchain networks.

As we continue research in this area, a significant focus will be on creating smart contracts that give satellites more autonomy in determining what the satellites needs and requesting specific data from neighboring satellites.

This would introduce a space economy where satellites can potentially compete on price and quality of data. And token payments can be made for immediate data exchanges or for requests to be fulfilled at a specified time in the future – basically a futures contract.”

That makes all this pretty interesting and something to follow closely because it merges two frontier technologies to facilitate more coordination among potentially competing satellite owners or countries in space where there are now some 3,000 satellites and growing.

This work could also be the foundation of future works as humanity once again turns its eyes towards the stars and towards Mars.