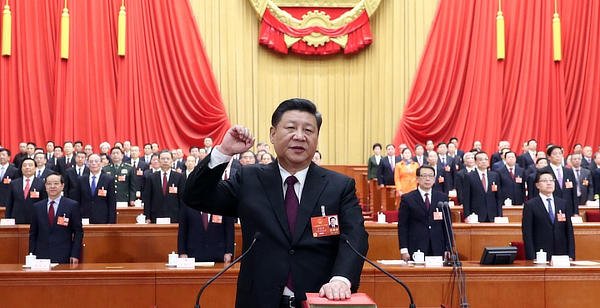 Rumors are spreading the Chinese authorities have put under investigation Zhu Jiawei, the COO of Huobi, a Chinese run exchange with a flourishing Over the Counter (OTC) market that serves China.

Apparently Jiawei is a well know crypto figure in China, having popularized bitcoin there, with some describing him as being the PR guy.

He returned to Beijing where some suggest he was arrested yesterday. Huobi denies it, stating:

“We have become aware of rumors within our community about the arrest of a Huobi senior executive by local officials. We can share with confidence that these rumors are false.”

Despite this denial Huobi depositors have withdrawn some half a billion and continue to withdraw from the exchange and peer to peer market:

Huobi says they use a multi-signature system of 15 keys, thus even if the rumors are true, withdrawals shouldn’t be affected.

For OKEx, which usually is seen as a sister-exchange of Huobi, the arrest of a senior executive led to a suspension of withdrawals for now two weeks.

This is the latest coming out of China’s total crackdown on bitcoin trading with Chinese authorities now apparently interfering with businesses that operate outside of China.

They have been suspending accounts and have even arrested numerous OTC traders, with the Communist Chinese Party (CCP) now seemingly going after the operators of the trading platforms themselves.

A futile exercise as an ethereum based smart contract or something like bitcoin’s Bisq can easily replicate Huobi’s or OKEx’s platforms.

Yet CCP is clearly trying what they can to prohibit bitcoin buying. While where selling bitcoin is concerned, they have facilitated the bitcoin mining industry through cheap subsidies energy in remote hydraulic areas.

This hostile and protectionist approach in many business areas has hardened attitudes against China in much of Europe and America.

Where bitcoin is concerned however, the market is far too bored of China banning it, so it hasn’t had much of an effect on the price presumably because the market knows they can’t ban bitcoin, they’re just showing their true authoritarian colours.