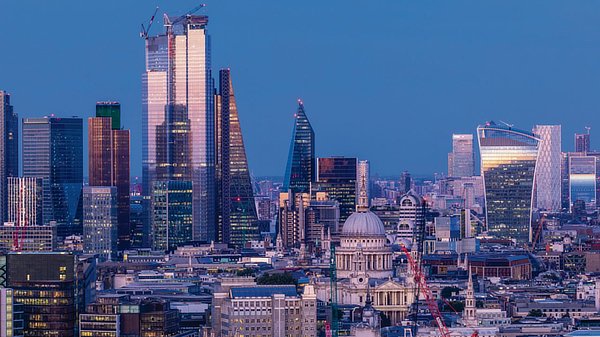 Bitcoin is now more liquid than the cash supply of a global reserve currency, the Great British Pound (GBP).

According to the Bank of England, there are 88 billion GBP in M0 circulation, translating to $116 billion.

Bitcoin’s market cap has increased to $287 billion. Meaning the digital cash is now a lot more liquid than the paper money of a top global reserve currency.

M0 is the reserve currency or the base money upon which everything else settles. It’s the banknotes in your pocket, and for the United Kingdom somewhat unusually there aren’t many of them.

While the United States has $100 bills and the euro had even €500 bills, the British Pound stops at £20 banknotes.

So it’s not physically hoarded as much as other currencies, but when we get to M1 supply, which includes bank deposits – as in digital fiat – then this increases to £2 trillion, or about the size of its economy.

Israel does not reveal it’s M0 either, but it does show it’s M1 and it is quite a bit lower than bitcoin’s at $158 billion compared to bitcoin’s circa $300 billion market cap.

Israel is a relatively small economy of just $400 billion, so it can’t quite support a proper reserve currency, but bitcoin is now seemingly big enough to start thinking about doing so.

That’s especially the case as it is a lot bigger than the reserve currency of the biggest country on earth by landmass, Russia.

Russia has some 12 trillion of its paper notes and reserve currency, but that translates to just $156 billion.

So if we add the M0 of both Russia and the United Kingdom, we’re still just below bitcoin’s current market cap.

That means bitcoin could currently support for settlement the circa $4 trillion economy of Russia and UK, or all of mighty Germany.

It could just about support all basic functions for Russia as its M1 is not far off, and for Israel it could support all of the monetary functions.

That means an advanced economy could now run on bitcoin’s settlement layer, but obviously not a very big economy like the United States or the European Union.

However, bitcoin has been growing fast, and it can now begin to be seen as a contender for the status of a global reserve currency.

The dollar of course dominates. The Euro does too, to a great extent. Third place is then up for grabs, but bitcoin is not quite near it.

There’s JPY, GBP and Swiss Franks, the latter having an M0 of close to $1 trillion. The Yuan could also be included there, but that’s too manipulated for a realistic store of value.

After those, bitcoin is a real choice. Not least because its global nature and neutrality in that it is like gold, further gives it extra qualities certainly outside of the seven mentioned above.

Outside Yuan however which has been challenged to the point they keep vainly trying to ban bitcoin, the other mentioned currencies are probably safe for now as one can generally have trust they will generally maintain their value.

But if bitcoin reaches $1 trillion or above and after its cycle manages to maintain it, then many may well struggle to choose even between Swiss Franks and bitcoin for reserve currency functions and to store value.

All suggesting bitcoin can start being disruptive certainly for currencies outside of the seven mentioned above, but to some extent even for the ones mentioned due to the pricing-in and the front-running of a potential time when it becomes normal to see bitcoin as a global reserve currency.