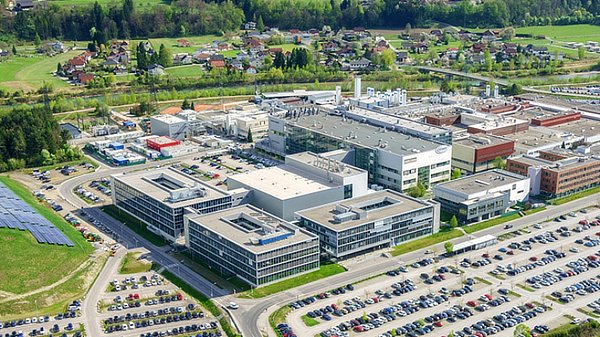 German based semiconductor Infineon has entered the blockchain market with a solution to prevent goods fraud through an NFC based hardware that connects to the ethereum, bitcoin, and/or other blockchains.

“SECORA Blockchain combines a tiny crypotochip with a radio antenna in a flat housing with a total thickness of max. 300µm,” they say, further adding:

“It can be attached barely visible behind a label or on the product itself and is hence easy to integrate. As a hardware-based solution SECORA Blockchain has a decisive advantage over other blockchain access options: It is protected against both hardware- and software-based attacks.

Another essential advantage: SECORA Blockchain can encrypt data and signatures with a private key.

The product with integrated chip can thus directly and easily establish a connection to the corresponding blockchain entry with an NFC-enabled mobile device.

The signature key, which authenticates the identity of the product, is not generated on the mobile device, but in the cryptochip and is securely stored therein, unlike other solutions on the market. This further increases the security of the application.”

Goods fraud is a very big business with customers often finding it difficult to tell a fake from a real product.

The solution until now has been to put some sort of stamp in the product and other anti-fraud measures, but these stamps can be somewhat replicated, requiring a very careful eye and often, knowledge of what an authentic stamp looks like.

This hardware based solution by one of the world’s biggest semiconductor fully addresses this problem by making verification as easily as scanning it with a mobile app.

“The information about manufacturer and product can be stored in the blockchain as individual data blocks that build on each other. This can allow anyone to access the decentralized data register from anywhere. Besides origin, changes to the products, use of original spare parts or changes of ownership of limited collector’s items can be continuously documented,” they say.

One potential way to circumvent this anti-fraud measure is by taking the private key chip of an old and sold authentic product, to put it on a new fake one.

That however has economies of scale problems for the fraudsters and this could potentially be addressed by entering ownership information when the product is sold, so the new customer knows that someone else bought it.

This could be very useful for high end consumer goods, like Gucci bags, as well as high end goods, like collectables.

From the description the hardware part sounds like a plug and play solution with a blockchain of choice.

We highlighted ethereum because that has non-fungable tokens, which can be attributed to a particular special edition good or collectable goods, including art works.

This blockchain specific solution to goods fraud where its superiority to previous solutions on the market is somewhat self-evident, has been identified all the way back in 2016.

Now however four years later that a fairly big chip manufacturer enters this market may well suggest there’s clearly demand for the solution and may well suggest our shopping experience will be changing considerably in the future as customers will probably demand this blockchain level of authenticity.