Bitcoin Suisse to Offer Ethereum Staking From Day One 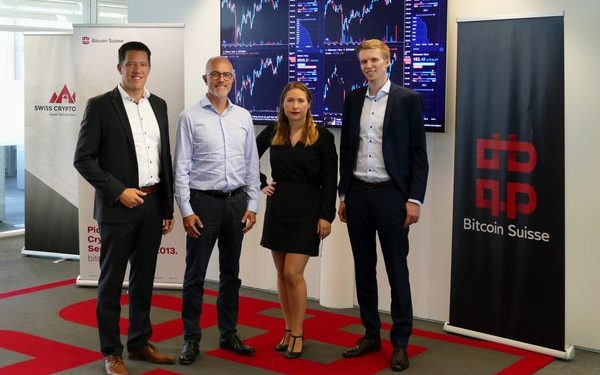 Bitcoin Suisse, one of the oldest crypto service provider, has confirmed they will offer ethereum staking services from the very first day. They say in a statement:

“The deposit contract for Ethereum 2 is now live. This means that the new version of the second biggest protocol by market cap will most likely become a reality before Christmas.

This is one of the most significant milestones in crypto this year and we will be ready for our clients on day one.”

There’s speculation ethereans are waiting for that date to near before depositing as there is no benefit to depositing earlier with it to be seen whether the minimum is met.

If it is, which seems likely, then the genesis block goes out on December the 1st. Otherwise it goes out seven days after the minimum eth deposits are met.

32 eth is required to stake as well as some knowledge of the command line, but not if you use a service provider like Bitcoin Suisse which handles all the necessary aspect.

As a custodian, such service requires some level of trust, but speaking to Trustnodes earlier this year, Svante Jørgensen, a Blockchain Engineer at Bitcoin Suisse, said:

“At Bitcoin Suisse we have a track record of keeping very large amounts of crypto safe since 2013. As we have already established a high degree of trust, both from track record and regulatory compliance, custodial staking is where we can provide the most value for our customers. So that’s the route we are taking.

One of the neat features we can offer because we are custodial is no lower limit on staking size – so no 32 ETH minimum.”

It’s not clear whether you can take out the staking eth whenever you want on their custodian service, but the fact you can deposit any amount of eth should increase accessibility for staking especially now that ethereum’s price is rising.

They charge 15% of profits for running the service, but that can change with Jørgensen stating:

“We’ll start with 15% fee on earned rewards. But we will of course adapt to always have competitive prices pending how the market shakes out in the months after the Beacon chain launch.”

Other entities like Coinbase are also expected to provide staking service, but it looks unlikely they will do so from the genesis block itself as they haven’t announced anything so far.

While where Bitcoin Suisse is concerned, they seem to take the view that the customer should decide whether to take the risk straight out or otherwise, with the service provider earning only if the staker earns too as their fee is based on staking profits.