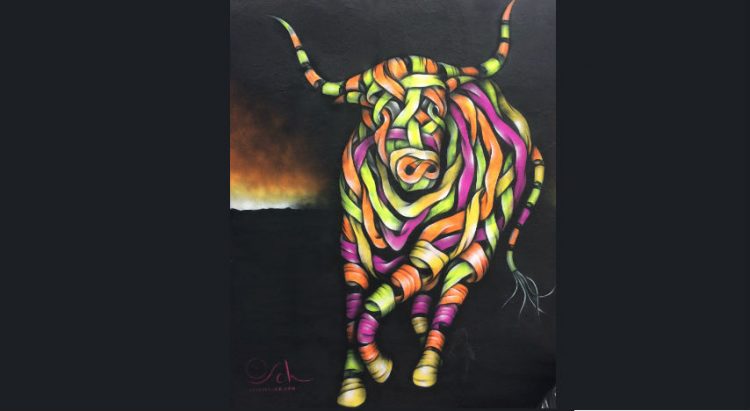 Can you feel the love tonight? Is it bitcoin rising? The alts are down, the king is throned aloud, in an everalasting?

On mountains up, and rivers down and down, may it be the rising.

Yes, poems are what to expect in this table cleaning session of news we didn’t have time to get to, starting in no particular order:

“The EC envisions an ‘EU passport’ system which will allow crypto-asset issuers and providers to offer their services across Europe, once authorized in one Member State.”

That’s what industry paper JD Supra says in their ‘deciphering’ of EU’s proposed new crypto legal framework, something that may well create the biggest crypto market in the world.

Congress has passed an Internet of Things Cybersecurity Improvement Act which doesn’t seem to have a catch, but then we didn’t quite read the act.

There’s quite a bit of speculation that the rise in crypto prices may well mean a rise in AMD and Nvidia stock prices.

Maybe. It could well mean a rise in so called blockchain ETFs as well, with some company, Bitcoin Group SE, proudly announcing they were included in a German one.

Grayscale has topped $10 billion. Thanks SEC. Crazy premiums and one year lockups is definitely how you protect investors in a very volatile asset.

“IBM (NYSE: IBM) and KAYA&KATO, a German uniforms and work wear manufacturer, have joined forces to develop a blockchain network for the fashion industry.

The initiative counts on the support of the German Federal Ministry for Economic Development (BMZ) and is designed to create transparency about the origin of garments.

The network will provide open access to information regarding the fibre used or how the completion of the final product took place, giving consumers assurance that their clothes are sustainably produced.”

Semi-assurances and trusted transparency because anyone can enter whatever they want in it, it just can’t unnoticeably be modified after.

Still, a bit better than simple databases because at least you can know some admin or hackers couldn’t change the data like Twitter does all the time by modifying or in some ways altering what the President say, or once that time they were hacked, in modifying what everyone said.

The Organisation for Economic Co-operation and Development (OECD) is currently holding a blockchain event with defi apparently at the centre of it. In a statement, we were told:

“Our own Vesper project — just a month after its unveiling — earned a spot onstage alongside established protocols like Compound and Maker.

Summary: Launching in December, Vesper blends DeFi’s energy with the professionalism and long-term vision necessary for the category to grow. Its first offering will be interest-accumulating “holding pools” that make choosing a crypto yield strategy as easy as selecting a fund in a retirement plan. Developers who create winning pool strategies will get a cut of the pool’s fees for as long as it runs.”

Choosing a retirement plan is easy? Also, this is a good time to remind all that we don’t do any verification in this section – we know nothing about this Vesper – hence why we including this stuff here instead of in their own articles.

“Abu Dhabi’s maritime industry is to undergo a massive digital makeover using blockchain technology. Abu Dhabi Ports has signed a MoU with DNV GL, the world’s largest consultancy of independent maritime and energy experts, to create such a transformation.”

“Last month, after the most recent addition of 42 banks, a total of around 100 Italian lenders are now live on the country’s blockchain network, Spunta Banca DLT, which is built on R3’s Corda, a private permissioned blockchain platform that enables businesses to transact directly and in strict privacy with one another using smart contracts. According to the Italian Banking Association (ABI, or Associazione Bancaria Italiana), the project is designed to improve interbank data-transfer and settlement speeds, with 204 million transactions processed on Spunta’s infrastructure since March. The ABI expects this number to surpass 350 million by the end of the year.”

How this bank blockchain has gone under the radar is not clear, but clearly stuff is moving on many fronts, including at Reddit where they’re hiring an ethereum developer.

We gotta tokenize them mutable reddit points afterall so as to keep Conde Nasty relevant. God forbid some new cool startup that tries to implement millennial values gives it a try instead.

“DeFi project KingSwap announced the completion of its migration from Uniswap to its own platform’s liquidity and farming pools. This comes on the heels of a recent announcement that it achieved $4 million USD in transaction volume in its first three days on Uniswap, and that it launched with over $20 million in funding and liquidity support.

KingSwap is a high-yield liquidity platform that offers fiat conversions, staking rewards, and unique digital collectibles, including NFTs that give their holders access to exclusive rewards. The project’s founders include a former director at the Bank of Singapore, the chief architect of the Fido Protocol, and an early advisor to Ocean Protocol.”

This is interesting only because it shows projects can now bootstrap off Uniswap, meaning this defi dapp is becoming an ecosystem of sorts.

“Here is the full video for Policy 4.0 & Coindesk’s event ‘China’s Digital yuan and Currencies of the Future’ that happened yesterday.

The event began with a context of global developments and why this is a tipping point for the nature of money. We then had two deep dive case studies presented – China’s DC/EP, which we presented on from our report series & the Bahamas Sand Dollar, which the Governor of the Bahamas Central Bank presented on. Tommaso Mancini-Griffoli spoke about CBDCs in cross border and considerations for the international monetary system. David Birch then spoke about political and economic shifts and why CBDCs are different from any other form of digital money. Pindar Wong spoke about the machine to machine economy and why future proofing is an important consideration for all CBDC experiments.”

Wake us up when ‘The Totalitarianism of Central Bank Monetary Control’ is included in the panel.

“ADD.XYZ will enable tens of millions of African Mobile Users to directly access DeFi lending protocols through mobile money. Partnership with the Nigeria Inter-Bank Settlement System Plc and MTN Nigeria and other top 10 MTN mobile money providers in Africa will allow Africans to send local currencies straight into the leading DeFi protocols such as Compound, Dydx, Curve, YFI and other protocols non-lending based DeFi protocols.”

For real? Sounds great but as stated we haven’t even looked at this xyz. We’re just copy pasting.

Changpeng Zhao and Max Keiser are to speak at the Latin American Bitcoin & Blockchain Conference from December 7th to 12th.

“ETHDenver, the world’s largest annual Web3 software building competition and blockchain education event, has announced a partnership with the State of Colorado for their 2021 event which will involve $100k+ in bounties and prizes for addressing crucial problems and initiatives in Colorado. The event will take place virtually, February 5-12, 2021, and consist of a week-long hackathon, along with content and free educational workshops by industry luminaries, virtual-reality art exhibits, and other immersive virtual experiences.”

So quite a lot is happening, which it might as well because bitcoin is sidewaying a bit, and as it stands it looks like the whole crypto space is taking leadership from it.

No wonder the currency is at 65% market share and quite interestingly it is the biggest token on ethereum as well at a market cap of $2.2 billion for wBTC.