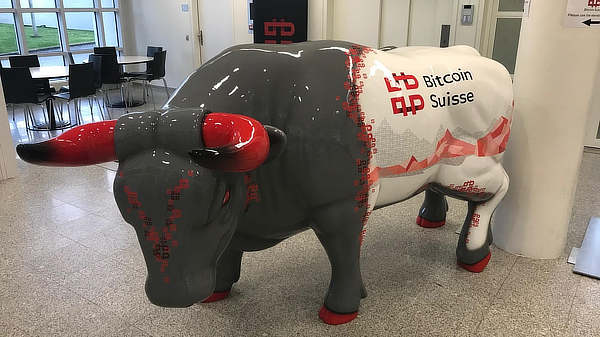 Close to 100,000 eth is to be deposited to the new ethereum Proof of Stake (PoS) blockchain by Bitcoin Suisse, the ethereum staking and custody provider.

Some 71,891 eth “will be in the deposit contract before 24 November at noon,” Mikael Bondum, a blockchain engineer at Bitcoin Suisse, told Trustnodes.

That was the amount as of yesterday at 5PM, with Bitcoin Suisse still accepting staking deposits until November 22 at 23:59 CET for the genesis block.

They do not accept Americans however “due to Foreign Account Tax Compliance Act (FATCA) regulation,” the Swiss based company said in a statement.

Americans could potentially try CanETH, which claims to be a decentralized staking service and was used by a prominent etherean to deposit 20,000 eth for staking.

“As long as transferability is not enabled on Ethereum 2, the ether will be locked. We are exploring secondary market opportunities, but nothing is certain.”

There’s speculation the staked eth could potentially be used as collateral in defi like lending services which Bitcoin Suisse already provides, but in a custodian manner.

We were also referred to their cool Crypto Certificates, which seem to be fancy paper wallets that one can securely transfer. However, no decision has yet been reached with the focus being on getting the genesis block going.

Deposits have picked up considerably yesterday and even more today, with it looking likely now that the minimum will be met.

Bitcoin Suisse will play its part, with this being a managed service. That means they will choose what clients to run, will ensure the system is online, will upgrade, and basically manage completely everything.

For that they will take 15% of staking rewards, meaning they make more money the more you make money.

The Swiss company has been running since 2013, with it known for its cool train adverts, but it is perhaps only now that this company enters crypto mainstream in awareness as it’s the only known established company to provide ethereum staking from the get go.