The Dollar Loses 10% Against Chinese Yuan 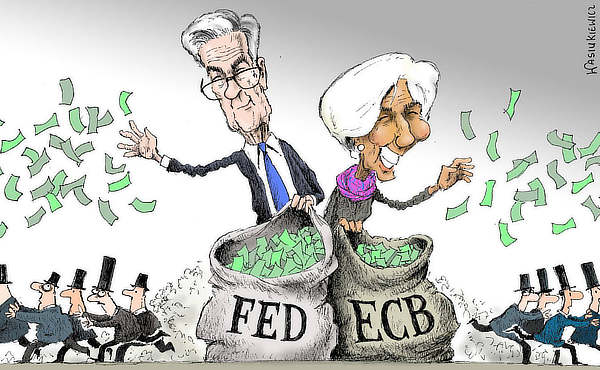 The dollar has lost significant value against the Chinese Yuan (CNY) since May of this year.

The dollar was gaining significantly against yuan following mass devaluation of CNY which the Chinese Communist Party (CCP) tried to maintain by implementing stringent capital controls to the point they closed crypto exchanges.

For much of this year however the dollar has been mass devaluing, with trillions printed for helicopter money and to bail out companies.

That has led to a strengthening CNY because somehow they quickly brought the pandemic under control in just three weeks, leading to wild speculation.

America is still struggling with it, so causing a drop in the dollar strength to its lowest point since May 2018.

Some recent gains by the dollar in its strength index are due to the euro falling even more as printing there has led to even Greek debt courting negative interest rates.

Where CNY is concerned it may continue gaining because they’re not taking any measures that hurt the economy and have not been doing so since the end of February.

Where bitcoin is concerned that may well mean to Chinese citizens the crypto is now a bit cheaper as it tends to be priced in dollars.

With the value of the dollar falling, then relatively speaking bitcoin costs less there in their own money.

Chinese authorities however are trying to prevent their citizens from buying bitcoin, but the Chinese people somehow always seem to find a way of doing so, not least because bitcoin is the most easily accessible monetary asset in the world as it is just code which you can even mine yourself.

Whether the dollar will continue weakening remains to be seen with the Biden presidency expected to spend (borrow print) trillions for climate change and some Buy America infrastructure fund as well as other things.

So it may well fall below that 92 as the crack-up boom keeps on printing debt money which has to be paid back more than 100%.