Will Biden Pick a Bitcoiner For Commerce? 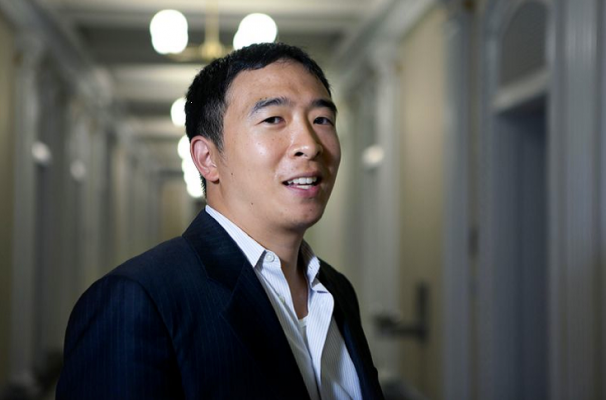 The official transition to a Biden presidency has now began after Trump all but conceded today, stating:

“In the best interest of our Country, I am recommending that Emily and her team do what needs to be done with regard to initial protocols, and have told my team to do the same.”

That being Emily Murphy of the General Services Administration, the official body tasked with handling this transition.

Joe Biden therefore has officially now become the president elect, and so he can officially nominate his team with a bitcoiner potentially among them.

In a list by CNN which they claim is “based on conversations with Biden allies and advisers and Democrats with knowledge of the matter,” they list only Andrew Yang as a potential candidate for the Secretary of Commerce.

No decision has yet been announced for that role, with it possible we get to know perhaps even today or sometime in the coming days.

If Yang is appointed, then he would become the most senior ruling strong bitcoin supporter.

In his brief campaign for the US 2020 Presidency, Yang promised to “work with the sponsors of the Token Taxonomy Act and Wyoming legislators to promote [a new crypto regulatory framework], largely modeled after their work.”

The US Department of Commerce has interestingly put up an image of Andrew Yang on their website (pictured above), with it unclear whether that’s some sort of hint.

As an entrepreneur knowledgable of the ways of Silicon Valley, Yang may well be the right choice to modernize the department to keep up with quickly changing times on the technological front.

He has concerns about automation, for example, with it unclear what plans he has exactly to boost startups and to energize the economy.

Arguably it is the chair of the Securities and Exchanges Commission (SEC) which might have more influence there, with Initial Public Offerings (IPOs) desperately needing reforms and the vast restrictions on capital formation have courted the anger of both the left and the right.

The current SEC chair is to stand down, with Biden so tasked to nominate a new one. Hopefully this time someone that gets a department which does innovate for us, and thus for the American people.