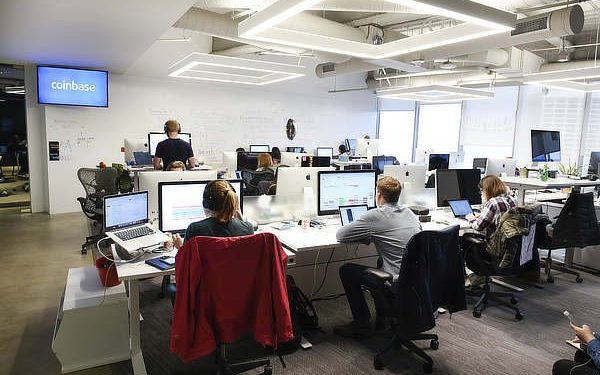 Brian Armstrong, Coinbase’s CEO and Co-founder, has taken the microphone to tell us all about some rumor he heard last week that the outgoing Treasury Secretary Steven Mnuchin (who other rumors say hates bitcoin and was behind that Trump bitcoin tweet) is “planning to rush out some new regulation regarding self-hosted crypto wallets before the end of his term.”

“This proposed regulation would, we think, require financial institutions like Coinbase to verify the recipient/owner of the self-hosted wallet, collecting identifying information on that party, before a withdrawal could be sent to that self-hosted wallet,” Armstrong says.

So basically they want KYC on the address you’re withdrawing to, with a simple response to that being that it is your address because how on earth would they know otherwise.

Since you’re already a Coinbase customer, you’re already KYC-ed, so that’s that. They could though ask you to sign the address, but you’re not a coding wiz so signing addresses is all Chinese woodoo to you, meaning they can’t ask that.

Or if they can, then all this would do is limit transfers from Coinbase to your own wallet. Then you can do whatever you want.

Hardly something that makes sense or since this is rumored Mnuchin, even if nonsense is expected, then it doesn’t sound like it matters because Coinbase kind of does all this already, asking you who is the recipient of the withdrawal.

Meaning this rumor, even if true, is raised to something when it sounds like nothing perhaps to distract from an upcoming story about Coinbase.

NYT apparently is taking neutrality to mean picking sides, and so they apparently plan to accuse Coinbase of discrimination.

“The story will likely imply that Black employees were discriminated against… this is false,” Coinbase says.

There are some prominent bitcoiners who happen to be black. Arthur Hays is the best known of them and he happens to be a billionaire too.

Bitcoin itself obviously doesn’t know if you’re a human or a fridge, let alone whether you’re black or white, but New York Time does know that it can pressure companies into virtue signaling because otherwise they’ll be accused of racism.

Yet not distracting themselves with what is not their core business is not racism. Nor is the standing up to the politicization of products.

Google is a good example, with it now called more and more gulag. Twitter and its propaganda curated trends is another example.

When people go to buy bitcoin, they don’t want to hear Coinbase’s opinion on the political matters of the day. Nor should Google or Twitter slash in everyone’s face their endless opinions about endless matters, for that is propaganda and propaganda is dangerous.

So both Mnuchin and NYT can take their dinosaur bags and get off our platforms with their tired dictations to the future of the coming age.