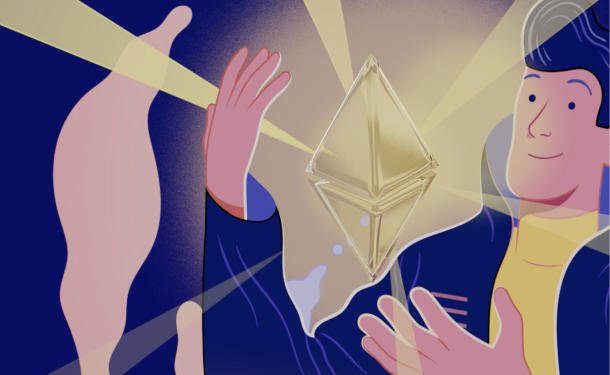 One of the biggest crypto exchange has launched the option to stake on ethereum 2.0 today.

“ETH staking launches Friday, December 4 at approximately 13:30 UTC,” they say with “variable staking rewards of approximately 5% to 17% yearly, based on the network rate.”

Rewards are received weekly and anyone can stake small amounts on the crypto exchange and now chartered bank.

In addition next week they will launch the ability to “trade staked ETH for unstaked ETH (market will not be available for clients in the US and Canada).”

Unlike Binance and OKEx which talk about some beth token, Kraken seems to suggest they will launch a ‘simple’ market where people can sell their staked eth.

Presumably this market would be Kraken specific because you can’t arbitrage it to other exchanges as there wouldn’t be a way to transfer the beth.

It could have potentially been done at the deposit contract level by somehow wrapping the staking eth to then give ownership to it to the beth token, but that wasn’t done so it isn’t clear how a beth token can be launched in a workable way when so many exchanges would need minting rights.

All suggesting transfers may be limited to within exchanges, which could potentially cause different prices on different exchanges. Kraken says:

“Two important caveats about the market to exchange staked ETH for unstaked ETH:

The market will NOT be available for users located in or residents or citizens of the US and Canada (these clients can stake ETH, but not trade their staked ETH for unstaked ETH).

We offer no guarantees of any kind about the continued availability or liquidity of this market – price slippage in market orders should be expected and it may be difficult to exchange staked ETH for unstaked ETH in large amounts or at all, and this market may not be available for the duration of the Ethereum 2.0 transition.”

US users are presumably excluded due to concerns this may somehow be classified as a security. That shouldn’t be a concern for Coinbase because they bought a company with the relevant security licenses, so they can platform securities.

Coinbase has announced something similar to Kraken as well, but it isn’t clear when their staking service goes live.

What is clear however is that eth staking is becoming a lot more liquid with these centralized services in addition having an advantage during the transition as they can facilitate a market for staked eth.